You are here: Home / Climate Science / What is the uncertainty in the Earth’s temperature rise?

Below I summarize the key points of a new Climate Dynamics (CD) paper that I think opens up new perspectives on understanding and estimating the relevant uncertainties. The main message is that the primary sources of error and bias are not those that have been the subject of the most attention – they are not human in origin. The community seems to have done such a good job of handling the “heat island”, “cold park”, and diverse human induced glitches that in the end these make only a minor contribution to the final uncertainty. The reason of course, is the huge amount of averaging that is done to obtain global temperature estimates, this averaging essentially averages out most of the human induced noise.

Two tough sources of uncertainty remain: missing data and a poor definition of the space-time resolution; the latter leads to the key scale reduction factor. In spite of these large low frequency uncertainties, at centennial scales, they are still only about 13% of the IPCC estimated anthropogenic increase (with 90% certainty).

This paper is based on 6 monthly globally averaged temperature series over the common period 1880-2012 using data that were publically available in May 2015. These were NOAA NCEI, NASA GISTEMP, HadCRUT4, Cowtan and Way, Berkeley Earth and the 20th Century Reanalysis. In the first part on relative uncertainties, the series are systematically compared with each other over scales ranging from months to 133 years. In the second part on absolute uncertainties, a stochastic model is developed with two parts. The first simulates the true temperatures, the second treats the measurement errors that would arise from this series from three different sources of uncertainty: i) usual auto-regressive (AR)-type short range errors, ii) missing data, iii) the “scale reduction factor”. 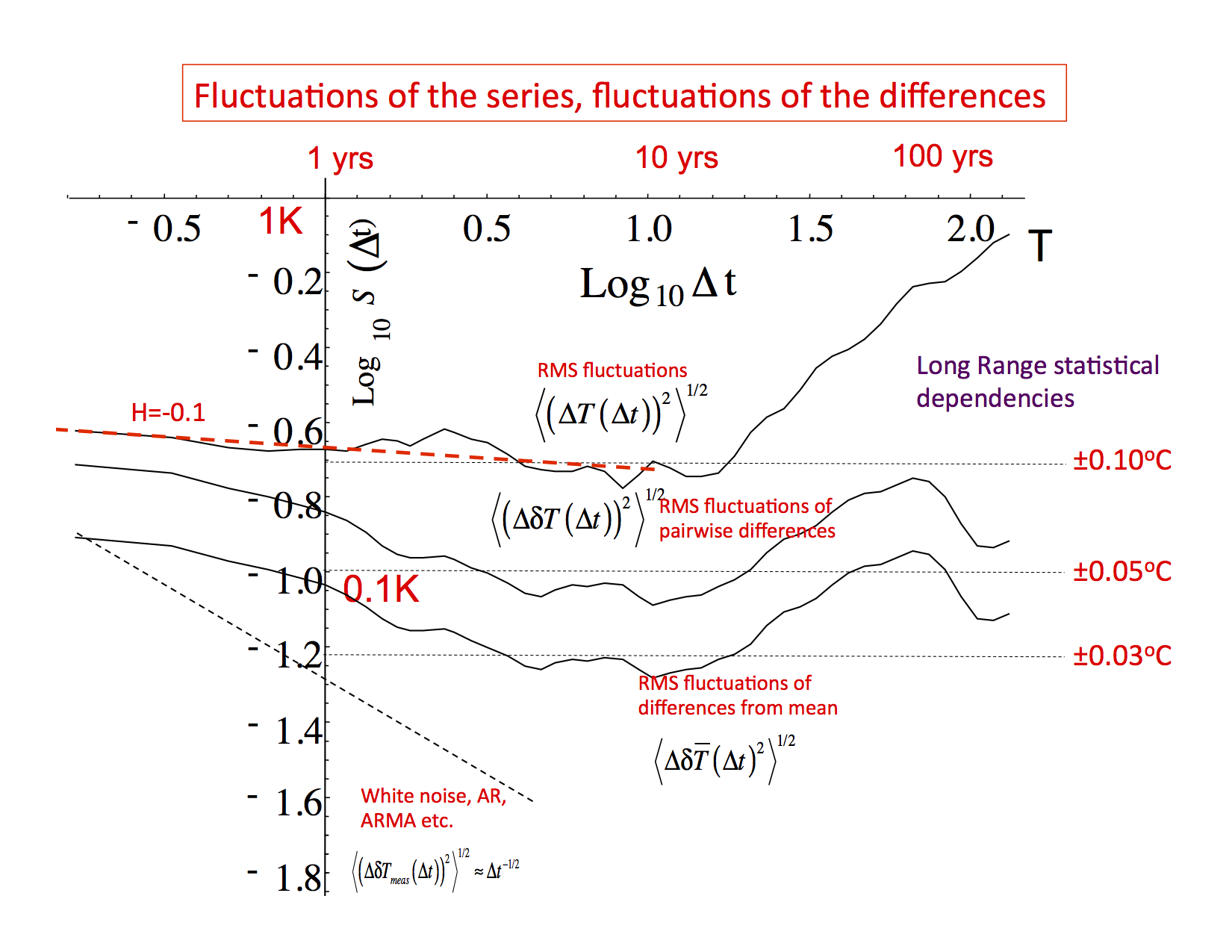 t) curves evaluated for each of the series separately (bottom). Also shown for reference (dashed) is the line that data with independent Gaussian noise would follow (Adapted from fig. 2). 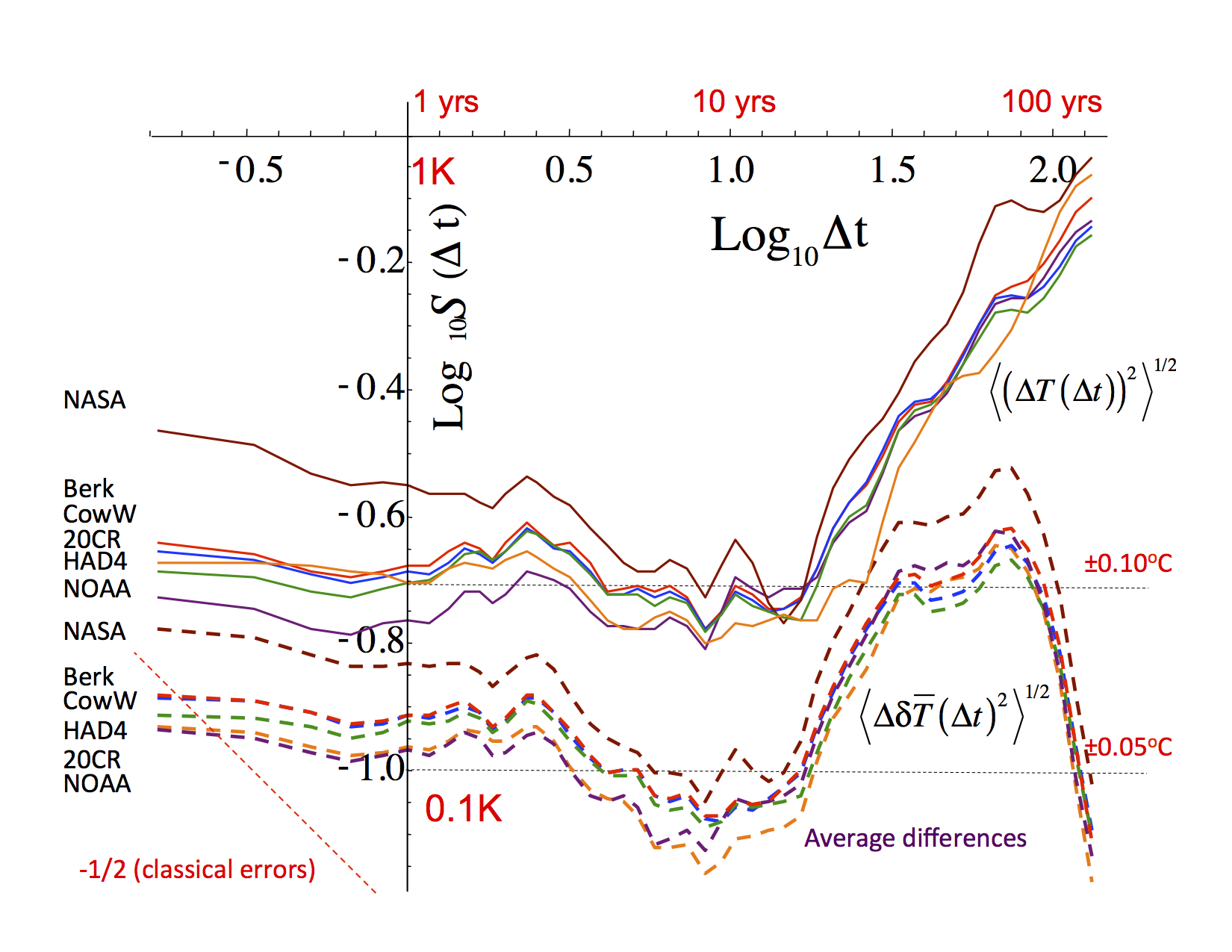 t) for each of the different series, the bottom set (dashed) are the differences of each with respect to the mean of all the others: NOAA dark purple, NASA (brown), HadCRUT4 (green), Cow (blue), 20CR (orange), Berkeley Earth (red) (indicated at the left in the order of the curves). Adapted from fig. 3 of CD.

t) of the temperature T(t) over a time interval

t)). That it! The interpretation is simple: when the mean (or RMS) of

t) is increasing with interval

t of series with the long term mean removed).

The slightly corrected proofs (not subject to copyright) can be found here.

19 Responses to "What is the uncertainty in the Earth’s temperature rise?"