You are here: Home / Climate Science / Plass and the Surface Budget Fallacy

RealClimate is run by a rather loosely organized volunteer consortium of people with day jobs that in and of themselves can be quite consuming of attention. And so it came to pass that the first I learned about Gavin’s interest in the work of Plass was — by reading RealClimate! In fact, David Archer and I have a book due to appear this year from Wiley/Blackwell (The Warming Papers), which is a collection of historic papers on global warming, together with interpretive essays by David and myself. Needless to say, we pay a lot of attention to the seminal work by Plass in this book. His 1956 QJRMS technical paper on radiative transfer, which is largely the basis of his more popular writings on global warming, was one of the papers we chose to reprint in our collection. In reading historic papers, it is easy to fall into the trap of assuming that investigators of the past are working on the basis of the same underlying set of assumptions in common use today. Through a very close reading of the paper, David and I noticed something about the way Plass estimated surface temperature increase, that Gavin and all previous commentators on Plass — including Kaplan himself — seem to have overlooked.

These days, it is fairly common knowledge that determination of surface temperature change requires simultaneous satisfaction of the top-of-atmosphere energy budget and surface energy budget, and that in most circumstances it is the top-of-atmosphere budget that plays by far the leading role. This is one of the many things that Arrhenius got spot-on right in his conceptual framework for computing surface temperature. His computation explicitly takes both balance requirements into account, though substantial inaccuracies were introduced because the onerous computations involved in solving the model pretty much restricted him to a one-layer representation of the atmosphere. Later workers improved on Arrhenius by introducing multiple layers and more accurate spectroscopy, but did not always note the importance of satisfying the top-of-atmosphere balance. I think it seems natural to most people to assume that if one is interested in surface temperature, the surface budget must be the most important thing to look at. Plass, for all his brilliance in computing the radiative effects of CO2, was one of the ones who was led astray by this fallacy.

Since discussions of radiative forcing today are almost invariably based on top-of-atmosphere budgets (or at least top-of- troposphere budgets, which are almost the same thing), it is natural for the modern reader to assume that when a paper quotes a radiative forcing, it must be a top-of-atmosphere forcing. This is what Gavin assumed, but a close reading of the 1956 QJRMS paper shows that this is not, in fact, what Plass was talking about. In that paper, Plass does not get around to turning his voluminous radiative calculations into a surface temperature change until nearly the last page of the paper, and when he does, he spends barely a page explaining the reasoning.

The radiative forcing Plass quotes is actually the increase in downward infrared radiation to the surface, which you get if you double CO2 while holding the atmospheric temperature fixed . This back-radiation increases because increasing the concentration of a greenhouse gas makes the atmosphere a more efficient emitter of infrared radiation, at least up to the point where the lowest bits of the atmosphere emit so well that they essentially have become a blackbody, whereafter the emission to the ground can no longer increase unless the air temperature changes. For Earthlike conditions, the emission from CO2 is nowhere near saturated in this sense (see this post ) , so Plass was entirely correct in inferring an increase in the back-radiation, at least for a relatively dry atmosphere. Adding CO2 to the atmosphere is a bit like turning up the dial on a heat lamp you are lying underneath.

It is in the final stages of the calculation that Plass went wrong. He assumed that the surface would get rid of the extra infrared radiation it was receiving by heating up until it was able to radiate away the excess. This reasoning ignores the fact that radiation is not the only means of exchanging heat between the atmosphere and the surface. There are also turbulent exchanges, including evaporation, and these would tend to limit the surface warming to values far less than the values Plass estimated. Further, when the lower atmosphere is warm and moist, such as in the tropics, the great infrared opacity of the large quantity of water vapor tends to limit the direct effect of CO2 on back-radiation into the surface, which further limits the surface warming if the air temperature is held fixed as Plass did. To be fair, Plass does include a sentence implying that he was concerned about the portion of the retained flux that exited through the top of the atmosphere, but even if one gives the most generous interpretation to what might have been meant by this statement, there is no way to make a consistent calculation out of it, given the use of the surface back-radiation as radiative forcing.

The way the greenhouse effect really works is that adding CO2 reduces the infrared out the top of the atmosphere, which means the planet receives more solar energy than it is getting rid of as infrared out the top. The only way to bring the system back into balance is for the whole troposphere to warm up. It is the corresponding warming of the low level air that drags the surface temperature along with it — an effect left entirely out of Plass’ calculation.

In point of fact, Plass did compute the top-of-atmosphere radiative forcing due to doubling or halving the concentration of CO2. The result is plainly shown in the rightmost graph of his Figure 7, where he shows the vertical profile of upward and downward flux for three different CO2 concentrations. Reading the values from the top of the graph, I get that Plass computes a 3.2 Watt per square meter reduction in the outgoing radiation for a doubling of CO2. This is really quite close to the modern value. Plass does not mention this number, or its importance, anywhere in the text, however. Still, it would be fair to give Plass the credit for the first calculation of top-of-atmosphere radiative forcing using correct modern radiative physics. Though he did not make good use of the calculation himself, the methods he introduced are largely the same as those used by Manabe and Wetherald in 1967, who were the first to put together correct spectroscopy with a correct framework for computing surface temperature, adding in accurate water vapor spectroscopy and the effects of convection along the way.

Thus, while Plass made seminal contributions to radiative transfer, his actual estimate of surface temperature increase cannot be regarded as an improvement over Arrhenius. Plass had better spectroscopy than Arrhenius, but a framework that would not give the right answer no matter how good the radiative transfer was. The point of all this historical deconstruction is not to poke fun at Plass or detract from his contributions. Theories do not spring from scientists full-formed like Athena from the head of Zeuss. Science often proceeds through a series of errors and corrections, and those who move the ball forward are in the thick of this process even if they have made some mistakes. The point is that our current understanding of global warming rests on the shoulders of some of the greatest giants of physics of the past century or more, and myriad lesser but still substantial intellects as well. 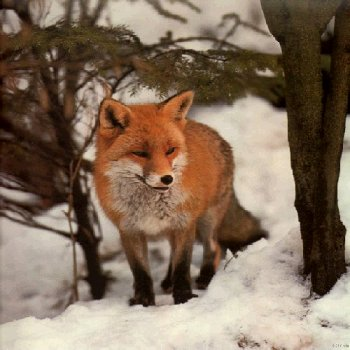 So, when push comes to shove, was Plass a Hedgehog or a Fox? The answer is: a bit of both. With regard to computing the radiative fluxes due to CO2, Plass was a true hedgehog — he knew that one thing really, really well, and that had a lasting impact on our science. But in his Tellus article, he also showed himself to be quite a fox, in that by knowing (and explaining) many independent lines of thinking, he helped to revive attention to the wide-ranging importance of CO2 in climate. You could say he was not enough of a fox to have also absorbed the lesson of the importance of top-of-atmosphere balance, known already to Arrhenius. But also, you could say that if you’re going to be a hedgehog and pick one thing to be the central organizing principle of your world view, it had better be a pretty darn universally important thing to know. If you’re going to be a climate hedgehog, the constraint imposed by top-of-atmosphere radiation balance would be a pretty good place to hang your hat.

230 Responses to "Plass and the Surface Budget Fallacy"