You are here: Home / Climate Science / Climate impacts / What drives uncertainties in adapting to sea-level rise?

Let me get this off my chest – I sometimes get frustrated at climate scientists as they love to talk about uncertainties! To be sure, their work thrives on it. I’m someone who researches the projected impacts and adaptation to sea-level rise and gets passed ‘uncertain’ climate data projections to add to other ‘uncertain’ data projections in my impact modellers work bag. But climate scientists do a good job. Without exploring uncertainties, science loses robustness, but uncertainties in combination can become unbounded and unhelpful to end users.

Let’s take an adaptation to sea-level rise as an example: With increasing scientific knowledge, acceptance and mechanisms that would allow adaptation to potentially occur, one would think that adaptation would be straight forward to implement. Not so. Instead of hard and fast numbers, policy makers are faced with wide ranges of uncertainties from different sources, making decision making challenging. So what uncertainties are there in the drivers of change, and can understanding these uncertainties enable better decisions for adaptation?

Prior to considering adaptation in global or regional models, or implementation at local level, drivers of change and their impacts (and thus uncertainties) require analysis – here are a few examples.

Between 1901 and 2010, global sea levels rose by 0.19±0.02m, albeit at varying rates and spatial distribution (Church et al. 2013) – these past values (including their uncertainty) are potentially much smaller than those associated with future projections. Whether this precise trend will continue is uncertain, but scientists are confident that sea-levels will continue to rise and accelerate due to global warming

My background is partly in geology, so I often recall the well-known quote referring to Earth’s history ‘the present is the key to the past’ (Hutton / Lyell). In sea-level science however it might be the other way around: ‘the past is the key to the present’. Kopp et al. (2016) recently found that from the late in the 20th century sea-levels have risen faster than in any of the previous 27 centuries. Further back in time again, sea-levels have risen at much faster rates during the end of the last ice age. Past rates of change, if used wisely, provide potential constraints of future projections, together with the many semi-empirical approaches to project future sea-level rise (e.g. Rahmstorf, 2007) which are typically greater in magnitude than those from process based models. Hybrid approaches have also been undertaken (e.g.  Moore et al. 2013, Mengel et al. 2016). Scientific knowledge input into process based models has much improved, reducing uncertainty of known science for some components of sea-level rise (e.g. steric changes), but when considering other components (e.g. ice melt from ice sheets, terrestrial water contribution) science is still emerging, and uncertainties remain high. Still, our understanding has a wide range of projections, particularly for high emissions scenarios as Jevrejeva et al. (2014) illustrates. Given emerging knowledge and changes in uncertainty, this leads me to the question, what are we adapting to, and when could this occur? Is it about 1m of rise by 2100? Or 1.4m?

Planning for sea-level rise does not just depend on how much waters rise, but also how land levels change. Glacial Isostatic Adjustment (GIA) occurs in response to retreating ice from the last glacial period, where around most of the world, land is subsiding at a fraction of a millimetre per year, compounding the problem of sea-level rise. In northern latitudes the reverse is happening – land is rising after being liberated from the mass of the ice sheets, again normally by less than 1mm/yr, but in places over 5mm/yr (Peltier et al. 2015). Land levels also change due to tectonics, natural compaction of soft soils as well as human influences.

I recently researched causes of subsidence in Bangladesh (Brown and Nicholls 2015) and struggled with the uncertainties, data errors, and in some cases, poor science when recording rates of subsidence. In Bangladesh, subsidence can be much higher than GIA – with 10mm/yr being a local norm, rather than an extreme rate. A major cause can be groundwater withdrawal resulting from the needs of a growing population. These factors can be spatially highly variable, even within a short distance. Additionally, rates of subsidence also change with time (Kaneko and Toyota, 2011). Subsidence is common in deltas and projecting relative change (particularly when causes vary or are unknown) remains uncertain. 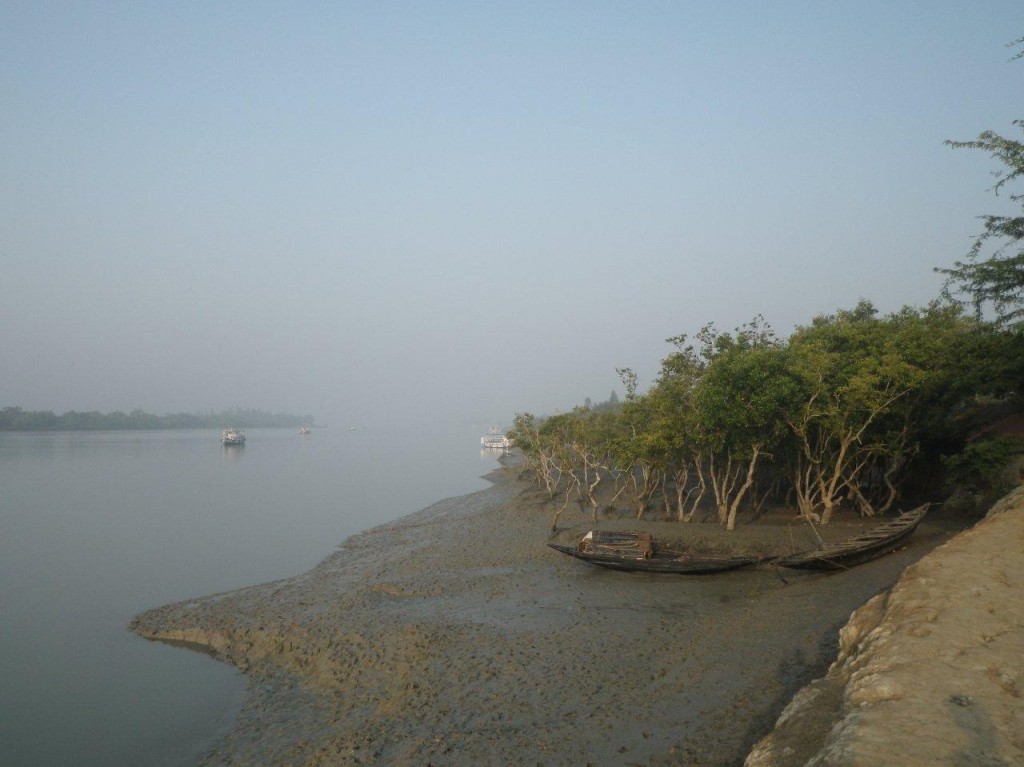 When I undertake an impacts assessment, land elevation and population exposed to hazards becomes extremely important. Global elevation levels, such as from the Shuttle Radar Topographic Mission (Rabus, 2003) is an extremely helpful dataset. Elevation data has a resolution of tens of metres, and subject to errors which can mean important coastal features are omitted, such as entire small islands. Similar distribution issues occur with respect to population.

Projecting how population changes – per country and it’s spatial distribution – is an additional uncertainty, particularly as coastal population grows differently to those areas further inland (Neumann et al. 2015). Of course, there are changes in economic growth too – who could have imagined rapid growth seen in Asian cities over the last few decades? Whilst projections of socio-economic change can be made, these still have a wide range of implications in impact assessments and choices over adaptation.

All these factors and many more combine uncertainties resulting in different scenarios of change – each potentially likely to occur. Fed into impacts assessment, further uncertainties arise. But even faced with this, modelling and choosing the type of adaptation itself is uncertain, whether this involves ‘hard’ barriers, such as sea-walls, ‘soft’ protection including sand nourishment, accommodating sea-level rise by raising buildings, or even deliberately retreating from the sea. Furthermore, sea-levels won’t stop rising in 2100 – even under climate mitigation, so adaptation has to be a long-term investment. Nevertheless, engineering reasoning may question the scientific and financial values of adapting newly built infrastructure to sea-level rise over a 100-year timeframe, if the design life is far less than this. Adaptation therefore has to take a flexible modular approach, allowing for uncertainty, rates of change and investment choice. Long-term investment in infrastructure could become a cat-and-mouse game, where monitoring becomes increasingly important leading to reactive adaptation to avoid an unacceptable situation of escalating risk.

With this, adaptation remains a choice or an opportunity which may not be available to all. Better decision making is enabled by making policy makers aware of the wider range of uncertainties, possibilities and options available. This includes how best to apply for and utilise climate change adaptation funds for developing nations, so that intelligent choices can be made to encapsulate uncertainty. 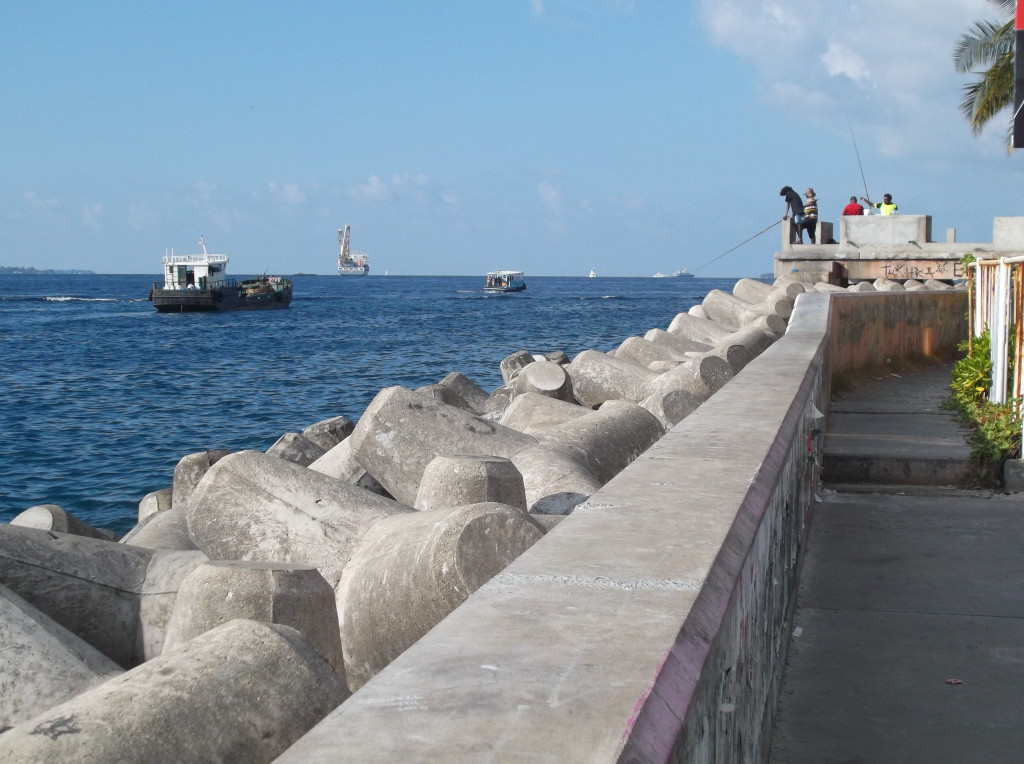 Adaptation is a manner of choice, mixed with local needs

In recent years there has been a push towards climate services to provide forecasts or projections of long-term change to enable adaptation. I think this is a welcome development as it indicates that climate change is becoming more accepted within the international community leading to action. It’s important to remember that climate change is not the only issue and multiple uncertainties exist in other fields that can sometimes be greater than the climate signal alone, leading to deep uncertainty.

So, to answer my question ‘what uncertainties are there in the drivers of change, and can understanding these uncertainties enable better decisions for adaptation?’, perhaps it as apt to quote Albert Einstein: ‘The more I learn, the more I realise how much I don’t know’. The quest to reduce uncertainty (and my frustration!) continues.

Sally Brown is a Senior Research Fellow at the University of Southampton, UK and a member of the Tyndall Centre for Climate Change Research.

Mengel, M., Levermann, A., Frieler, K., Robinison, A., Marzeion, B. and Winkelmann, R. (2016). Future sea level rise constrained by observations and long-term commitment. Proceedings of the National Academy of Sciences of the United States of America.

177 Responses to "What drives uncertainties in adapting to sea-level rise?"