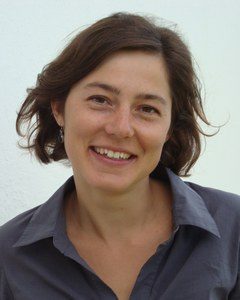 Climate skeptics sometimes like to claim that although global warming will lead to more deaths from heat, it will overall save lives due to fewer deaths from cold. But is this true? Epidemiological studies suggest the opposite.

Mortality statistics generally show a distinct seasonality. More people die in the colder winter months than in the warmer summer months. In European countries, for example, the difference between the average number of deaths in winter (December – March) and in the remaining months of the year is 10% to 30%. Only a proportion of these winter excess deaths are directly related to low ambient temperatures (rather than other seasonal factors). Yet, it is reasonable to suspect that fewer people will die from cold as winters are getting milder with climate change. On the other hand, excess mortality from heat may also be high, with, for example, up to 70,000 additional deaths attributed to the 2003 summer heat wave in Europe. So, will the expected reduction in cold-related mortality be large enough to compensate for the equally anticipated increase in heat-related mortality under climate change? 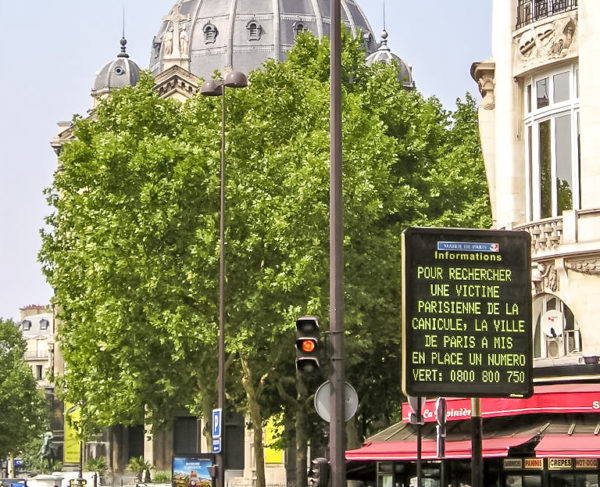 Due to the record heat wave in the summer of 2003, the morgue in Paris was overcrowded, and the city had to set up refrigerated tents on the outskirts of the city to accommodate the many coffins with victims. The city set up a hotline where people could ask where they could find missing victims of the heatwave. Photo: Wikipedia, Sebjarod, CC BY-SA 3.0.

Some earlier studies indeed concluded on significant net reductions in temperature-related mortality with global warming. Interestingly, the estimated mortality benefits from one of these studies were later integrated into major integrated assessment models (FUND and ENVISAGE), used inter alia to estimate the highly policy-relevant social costs of carbon. They were also taken up by Björn Lomborg and other authors, who have repeatedly accused mainstream climate science to be overly alarmist. Myself and others have pointed to the errors inherent in these studies, biasing the results towards finding strong net benefits of climate change. In this post, I would like to (i) present some background knowledge on the relationship between ambient temperature and mortality, and (ii) discuss the results of a recent study published in The Lancet Planetary Health (which I co-authored) in light of potential mortality benefits from climate change. This study, for the first time, comprehensively presented future projections of cold- and heat-related mortality for more than 400 cities in 23 countries under different scenarios of global warming.

Mortality risk increases as temperature moves out of an optimal range

Typically, epidemiological studies, based on daily time series, find a U- or J-shaped relationship between mean daily temperature and the relative risk of death. Outside of an optimal temperature range, the mortality risk increases, not only in temperate latitudes but also in the tropics and subtropics (Fig. 1).

Fig. 1 Exposure-response associations for daily mean temperature and the relative mortality risk (RR) in four selected cities. The lower part of each graph shows the local temperature distribution. The solid grey lines mark the ‘optimal temperature’, where the lowest mortality risk is observed. The depicted relationships take into account lagged effects over a period of up to 21 days. Source: Gasparrini et al. 2015, The Lancet.

Furthermore, the optimal temperature tends to be higher the warmer the local climate, providing evidence that humans are at least somewhat adapted to the prevailing climatic conditions. Thus, although ‘cold’ and ‘warm’ may correspond to different absolute temperatures across different locations, the straightforward conclusion from the exposure-response curves shown in Fig. 1 is that both low and high ambient temperatures represent a risk of premature death. But there are a few more aspects to consider.

Only a negligible proportion of the deaths typically considered in this type of studies are due to actual hypo- or hyperthermia. Most epidemiological studies on the subject consider counts of deaths for all causes or for all non-external causes (e.g., excluding accidents). The majority of deaths due to cold and heat are related to existing cardiovascular and respiratory diseases, which reach their acute stage due to prevailing weather conditions. An important causal mechanism seems to be the temperature-induced change in blood composition and blood viscosity. With regard to the cold effect, a weakening of the defense mechanisms in the airways and thus a higher susceptibility to infection has also been suggested.

Is the cold effect overestimated?

As in any correlative analysis there is always the risk of confounding, especially given the complex, indirect mechanisms underlying the relationship between non-optimal outside temperature and increased risk of death. Regarding the topic discussed here, the crucial question is whether the applied statistical models account sufficiently well for seasonal effects independent of temperature. For example, it is suspected that the lower amount of UV light in winter has a negative effect on human vitamin D production, favoring infectious diseases (including flu epidemics). There are also some studies that point to the important role of specific humidity, that, if neglected, may confound estimates of the effect of temperature on mortality rates.

Interestingly enough, there is still an ongoing scientific debate regarding this point. Specifically, it has been suggested that the cold effect on mortality risk is often overestimated because of insufficient control for season in the applied models. On the other hand, the disagreement on the magnitude of the cold effect might simply result from using different approaches for modeling the lagged association between temperature and mortality. In fact, the lag structures of the heat and cold effects are distinct. While hot days are reflected in the mortality statistics relatively immediately on the same and 1-2 consecutive days, the effect of cold is spread over a longer period of up to 2-3 weeks. Simpler methods (e.g., moving averages) compared to more sophisticated approaches for representing lagged effects (e.g., distributed lag models) have been shown to misrepresent the long-lagged association between cold and mortality risk.

But what about the impact of global warming temperature-related mortality? Let’s take a look at the results of the study published in The Lancet Planetary Health, which links city-specific exposure-response functions (as shown in Fig. 1) with local temperature projections under various climate change scenarios. 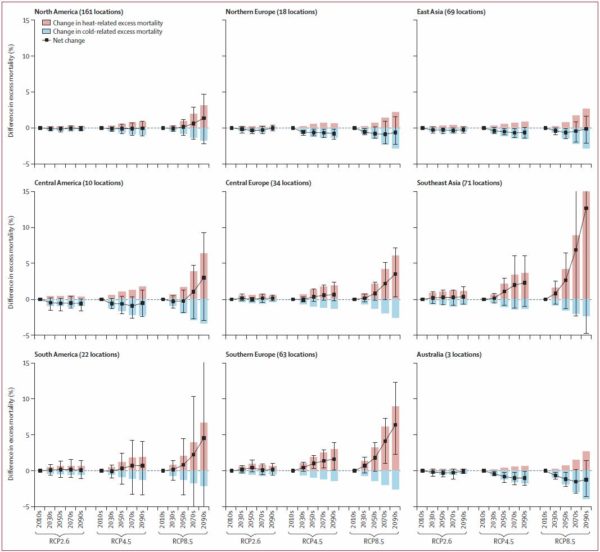 Fig. 2 Relative change of cold- and heat-related excess mortality by region. Shown are relative changes per decade compared to 2010-2019 for three different climate change scenarios (RCP 2.6, RCP 4.5, RCP 8.5). The 95% confidence intervals shown for the net change take into account uncertainties in the underlying climate projections and in the exposure-response associations. It should be noted that results for single cities (> 400 cities in 23 countries) are here grouped by region. Source: Gasparrini et al. 2017. The Lancet Planetary Health

In all scenarios, we find a relative decrease in cold-related mortality and a relative increase in heat-related mortality as global mean temperature rises (Fig. 2). Yet, in most regions the net effect of these opposing trends is an increase in excess mortality, especially under unabated global warming (RCP 8.5). This is what would be expected from the exposure-response associations (Fig. 1), which generally show a much steeper increase in risk from heat than from cold. A relative decline in net excess mortality (with considerable uncertainty) is only observed for Northern Europe, East Asia, and Australia (and Central America for the more moderate scenarios RCP 2.6, and RCP 4.5).

So, contrary to the propositions of those who like to stress the potential benefits of global warming, a net reduction in mortality is the exception rather than the rule, when comparing estimates around the world. And one must not forget that there are important caveats associated with these results, which caution against jumping to firm conclusions.

As mentioned already, we know that people’s vulnerability to non-optimal outdoor temperatures is highly variable and that people are adapted to their local climate. However, it remains poorly understood how fast this adaptation takes place and what factors (e.g., physiology, air conditioning, health care, urban infrastructure) are the main determinants. Therefore, the results shown (Fig. 2) rely on the counterfactual assumption that the exposure-response associations remain unchanged in the future, i.e., that no adaptation takes place. Furthermore, since older people are more vulnerable to non-optimal temperatures than younger people, the true evolution of temperature-related mortality will also be heavily dependent on demographic trends at each location, which were also neglected in this study.

I would like to conclude with the following thought: Let’s assume – albeit extremely unlikely – that the study discussed here does correctly predict the actual future changes of temperature-related excess mortality due to climate change, despite the mentioned caveats. Mostly rich countries in temperate latitudes would then indeed experience a decline in overall temperature-related mortality. On the other hand, the world would witness a dramatic increase in heat-related mortality rates in the most populous and often poorest parts of the globe. And the latter alone would be in my view a sufficient argument for ambitious mitigation – independently of the innumerous, well-researched climate risks beyond the health sector.

To judge the societal importance of temperature-related mortality, a central question is whether the considered deaths are merely brought forward by a short amount of time or whether they correspond to a considerable life-shortening. If, for example, mostly elderly and sick people were affected by non-optimal temperatures, whose individual life expectancies are low, the observed mortality risks would translate into a comparatively low number of years of life lost. Importantly, short-term displacements of deaths (often termed ‘harvesting’ in the literature) are accounted for in the models presented here, as long as they occur within the lag period considered. Beyond these short-term effects, recent research investigating temperature mortality associations on an annual scale indicates that the mortality risks found in daily time-series analyses are in fact associated with a significant life shortening, exceeding at least 1 year. Only comparatively few studies so far have explicitly considered relationships between temperature and years of life lost, taking statistical life expectancies according to sex and age into account. One such studies found that, for Brisbane (Australia), the years of life lost – unlike the mortality rates – were not markedly seasonal, implying that in winter the mortality risks for the elderly were especially elevated. Accordingly, low temperatures in this study were associated with fewer years of life lost than high temperatures – but interestingly, only in men. Understanding how exactly the effects of cold and heat on mortality differ among men and women, and across different age groups, definitely merits further investigations.