I always find it interesting as to why some stories get traction in the mainstream media and why some don’t. In online science discussions, the fate of this years summer sea ice has been the focus of a significant betting pool, a test of expert prediction skills, and a week-by-week (almost) running commentary. However, none of these efforts made it on to the Today program. Instead, a rather casual article in the Independent showed the latest thickness data and that quoted Mark Serreze as saying that the area around the North Pole had 50/50 odds of being completely ice free this summer, has taken off across the media.

END_OF_DOCUMENT_TOKEN_TO_BE_REPLACED

It’s a familiar story: An interesting paper gets published, there is a careless throwaway line in the press release, and a whole series of misleading headlines ensues.

This week, it’s a paper on bromine- and iodine-mediated ozone loss in marine boundary layer environments (see a good commentary here). This is important for the light that it shines on tropospheric ozone chemistry (“bad ozone”) which is a contributing factor to global warming (albeit one which is about only about 20% as important as CO2). So far so good. The paper contains some calculations indicating that chemical transport models without these halogen effects overestimate ozone near the Cape Verde region by about 15% – a difference that certainly could be of some importance if it can be extrapolated across the oceans.

However, the press release contains the line

Large amounts of ozone – around 50% more than predicted by the world’s state-of-the-art climate models – are being destroyed in the lower atmosphere over the tropical Atlantic Ocean.

(my highlights). Which led directly to the headlines like Study highlights need to adjust climate models.

Why is this confusing? Because the term ‘climate models’ is interpreted very differently in the public sphere than it is in the field. For most of the public, it is ‘climate models’ that are used to project global warming into the future, or to estimate the planet’s sensitivity to CO2. Thus a statement like the one above, and the headline that came from it are interpreted to mean that the estimates of sensitivity or of future warming are now in question. Yet this is completely misleading since neither climate sensitivity nor CO2 driven future warming will be at all affected by any revisions in ozone chemistry – mainly for the reason that most climate models don’t consider ozone chemistry at all. Precisely zero of the IPCC AR4 model simulations (discussed here for instance) used an interactive ozone module in doing the projections into the future.

What the paper is discussing, and what was glossed over in the release, is that it is the next generation of models, often called “Earth System Models” (ESMs), that are starting to include atmospheric chemistry, aerosols, ozone and the like. These models may well be significantly affected by increases in marine boundary layer ozone loss, but since they have only just started to be used to simulate 20th and early 21st Century changes, it is very unclear what difference it will make at the large scale. These models are significantly more complicated than standard climate models (having dozens of extra tracers to move around, and a lot of extra coding to work through), are slower to run, and have been used much less extensively.

Climate models today are extremely flexible and configurable tools that can include all these Earth System modules (including those mentioned above, but also full carbon cycles and dynamic vegetation), but depending on the application, often don’t need to. Thus while in theory, a revision in ozone chemistry, or soil respiration or aerosol properties might impact the full ESM, it won’t affect the more basic stuff (like the sensitivity to CO2). But it seems that the “climate models will have to be adjusted” meme is just too good not to use – regardless of the context.

Hot on the heels of last months reporting of a discrepancy in the ocean surface temperatures, a new paper in Nature (by Domingues et al, 2008) reports on the revisions of the ocean heat content (OHC) data – a correction required because of other discrepancies in measuring systems found last year.

END_OF_DOCUMENT_TOKEN_TO_BE_REPLACED

Many of our tech-savvy friends — the kind of folks who nurse along the beowulf clusters our climate models run on — are scratching their heads over some cheeky shrieking that recently appeared in a WIRED magazine article on Rethinking What it Means to be Green . Crank up the A/C! Kill the Spotted Owl! Keep the SUV! What’s all that supposed to be about?

END_OF_DOCUMENT_TOKEN_TO_BE_REPLACED 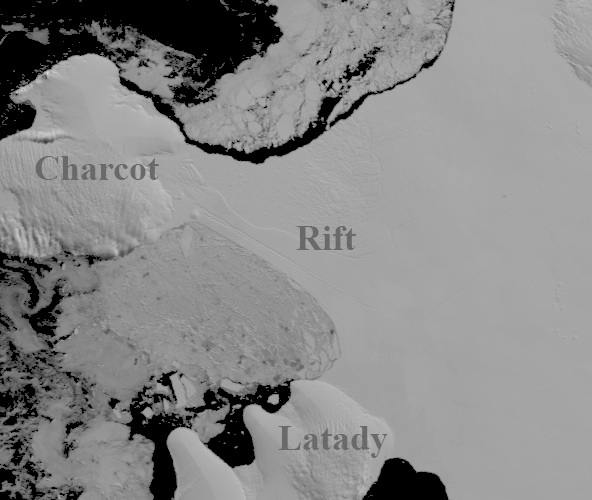 END_OF_DOCUMENT_TOKEN_TO_BE_REPLACED

The best commentary came from John Nielsen-Gammon’s new blog where he described very clearly how the uncertainties in data – both the known unknowns and unknown unknowns – get handled in practice (read that and then come back). Stoat, quite sensibly, suggested that it’s a bit early to be expressing an opinion on what it all means. But patience is not one of the blogosphere’s virtues and so there was no shortage of people extrapolating wildly to support their pet hobbyhorses. This in itself is not so unusual; despite much advice to the contrary, people (the media and bloggers) tend to weight new individual papers that make the news far more highly than the balance of evidence that really underlies assessments like the IPCC. But in this case, the addition of a little knowledge made the usual extravagances a little more scientific-looking and has given it some extra steam.
END_OF_DOCUMENT_TOKEN_TO_BE_REPLACED