You are here: Home / Communicating Climate / Coldest Winter in 1000 Years Cometh. Not.

This claim circulates in the internet and in many mainstream media as well: Scientists have allegedly predicted the coldest winter in 1,000 years for Europe. What is behind it? Nothing – no scientist has predicted anything like it. A Polish tabloid made up the story. An interesting lesson about today´s media.

By Stefan Rahmstorf and Olivia Serdeczny

We had read about it a few times and last Wednesday even were asked by German TV about the allegedly coldest winter in 1000 years, predicted by (depending on the source) Polish or Russian climatologists or meteorologists. Reason enough for us to take a closer look at the story behind the story.

It did not take much googling to find the source: various articles on the internet name the Polish scientist Michał Kowalewski, sometimes in the Russian spelling version of Mikhail Kovalevski. A few clicks later we arrive at the original article with Kowalewski´s quotes. Except that Kowalewski does not predict a record winter there – the “millennium winter” merely appears in the headline. A closer reading of the article quickly reveals: the quotes were answers to questions concerning the role of the Gulf Stream for Europe´s climate. The frosty temperatures are hypothetical effects of a breakdown of the Gulf Stream – which, as Kowalewski points out, can be pretty much ruled out.

We asked Kowalewski for his comments on the media coverage and promptly got his answer in an email from Warsaw:

The reports in some media are absolutely unbelievable. A journalist who interviewed me for radio had asked me about the theoretical climatic effects of a breakdown of the Gulf Stream. I answered that this purely hypothetic scenario would lead to much colder winters in Poland. A few days later I found on the internet the article of a journalist who mixed his own words with some of my quotes without their context so well that a completely new meaning came out. An absolutely absurd thesis. My quotes as such are correct, so I was not able to demand a correction. 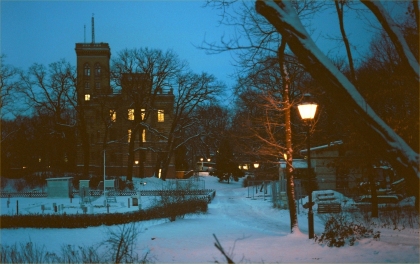 Winter has Europe in its grip: the Süring-building of the Potsdam Institute.

It’s an interesting and insightful tale how this story spread. Here is a brief chronology:

September, 10. Michał Kowalewski is interviewed by the Polish radio station tok.fm. The same day the website of a Polish tabloid, Gazeta.pl, publishes an article with the headline of a „millennium record winter“ („once-in-a-millennium winter“). A certain Gianluigi Zangari is being quoted at the outset. He has apparently claimed to have found a slow-down of the Gulf Stream in satellite data, which he attributes to the BP oil spill (we did not follow this bizarre claim to the source). Subsequently Kowalewski´s radio interview is brought in – in order to explain the Gulf Stream and its effects on climate in general.

September, 12. „Fakt“, a Polish tabloid, writes „Millennium Winter is Coming!“ Again the BP oil spill is blamed. This time, however, without any reference to Zangari, so readers could easily be left with the impression that this is Kowalewski´s idea.

September, 22. The Voice of Russia reports that the Polish scientist „Mikhail Kovalevski“ is worried about the Gulf Stream breaking down, which Russian scientists counter as being an exaggeration.

Oktober, 4. The Russian RT News Service predicts „The coldest winter in 1.000 years“. Which is explained by the Gulf Stream having slowed down by half. RT refers to Polish scientists: “Polish scientists say that it means the stream will not be able to compensate for the cold from the Arctic winds. According to them, when the stream is completely stopped, a new Ice Age will begin in Europe”. This is where the Russian Vadim Zavotschenkow enters the scene. However, he mentions merely a cold winter: “Although the forecast for the next month is only 70 percent accurate, I find the cold winter scenario quite likely”.

Oktober, 4. The “climate sceptics” website wattsupwiththat, noted for their false reports, takes up the RT piece, presents it together with The Voice of Russia and mentions „Mikhail Kovalevski“. Watts seems to be the bridge for the story´s crossing into the western media. Is it just coincidence that the „record cold winter“ story nicely suits the political agenda of the climate sceptics?

From then on, the story is repeated on many other European media, including serious newspapers and television.

It is staggering how one journalist just copied another, sometimes even embellishing the story, without ever bothering to check the source or ask Kowalewski himself. It took us less than ten minutes of googling to get serious doubts about whether this story was real. The familiar pattern of „Chinese whispers“ emerges here once again – the same that widely spread the false whatevergate-stories.

But the often self-righteous free western press can actually learn a lesson from its Chinese counterpart in this case. The Chinese news agency Xinhua checked the story and issued the following on October, 20.:

A forecast attributed to Polish scientists of the coldest European winter in 1,000 years has drawn plenty of media attention recently but investigations by Xinhua reporters have cast doubts on its veracity.

p.s. There are, by the way, scientifically well-founded attempts to explain the currently cold weather in Europe. The basic check for seriousness: a peer-reviewed journal source is provided, and according to Google Scholar the author has a decent publication record. A millennium-record-winter, however, is not being predicted there.

p.p.s. Should your newspaper have also reported this turkey, feel free to write a polite letter to the to editors asking for a correction. It is only if readers demand published information to be verified (or if needed corrected) that something will change to the better.

This article is adapted from the German original at KlimaLounge. 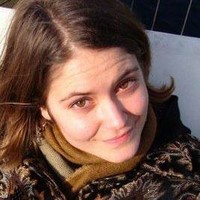 Olivia Serdeczny is a scientist with the Potsdam Institute for Climate Impact Research in Germany.