Sometimes it helps to take a step back from the everyday pressures of research (falling ill helps). It was in this way we stumbled across Hansen et al (1981) (pdf). In 1981 the first author of this post was in his first year at university and the other just entered the KNMI after finishing his masters. Global warming was not yet an issue at the KNMI where the focus was much more on climate variability, which explains why the article of Hansen et al. was unnoticed at that time by the second author. It turns out to be a very interesting read.

They got 10 pages in Science, which is a lot, but in it they cover radiation balance, 1D and 3D modelling, climate sensitivity, the main feedbacks (water vapour, lapse rate, clouds, ice- and vegetation albedo); solar and volcanic forcing; the uncertainties of aerosol forcings; and ocean heat uptake. Obviously climate science was a mature field even then: the concepts and conclusions have not changed all that much. Hansen et al clearly indicate what was well known (all of which still stands today) and what was uncertain. 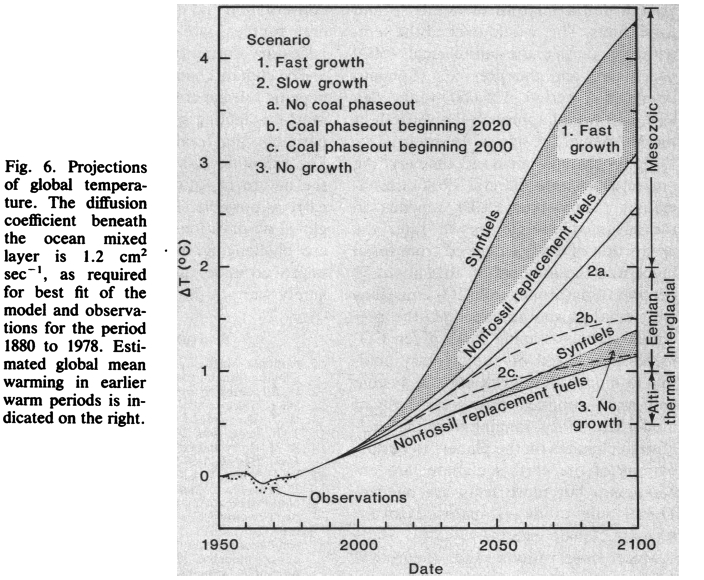 The first 31 years of this projection are thus relatively well-defined and can now be compared to the observations. We used the GISS Land-Ocean Index that uses SST over the oceans (the original one interpolated from island stations) and overlaid the graph from the KNMI Climate Explorer on the lower left-hand corner of their Fig.6. 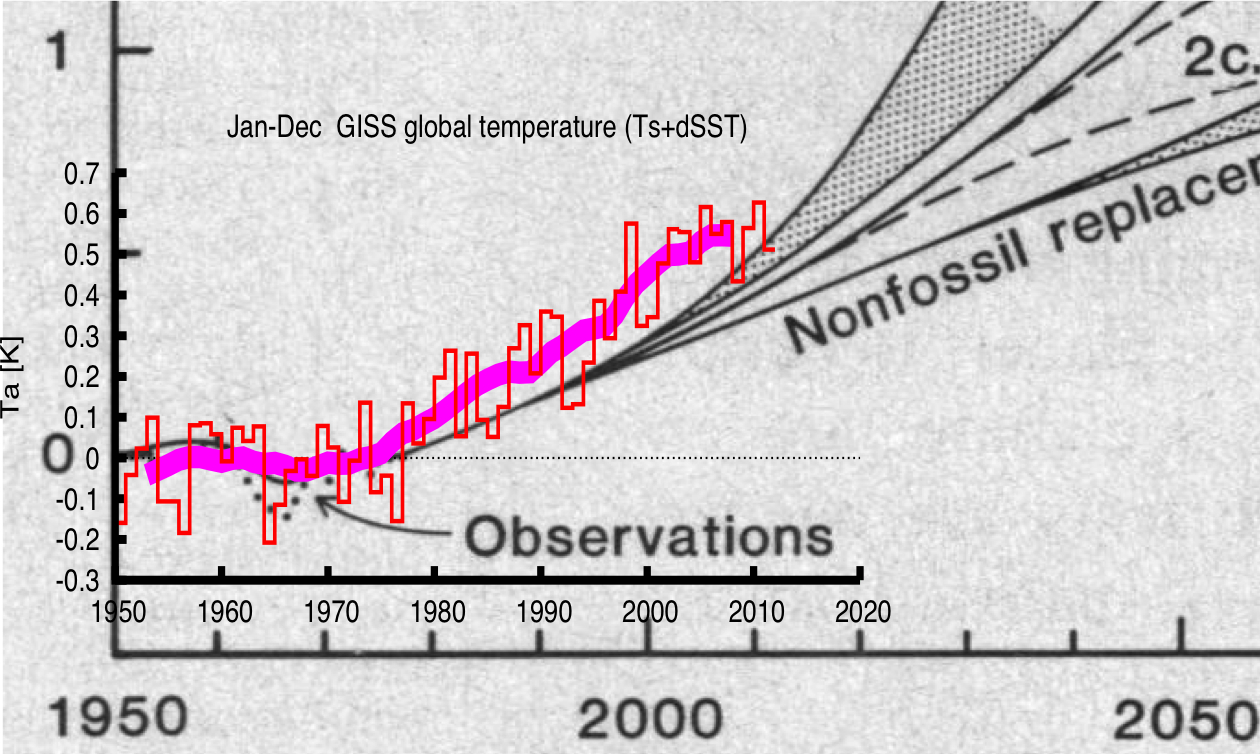 Given the many uncertainties at the time, notably the role of aerosols, the agreement is very good indeed. They only underestimated the observed trend by about 30%, similar or better in magnitude than the CMIP5 models over the same period (although these tend to overestimate the trend, still mainly due to problems related to aerosols).

To conclude, a projection from 1981 for rising temperatures in a major science journal, at a time that the temperature rise was not yet obvious in the observations, has been found to agree well with the observations since then, underestimating the observed trend by about 30%, and easily beating naive predictions of no-change or a linear continuation of trends. It is also a nice example of a statement based on theory that could be falsified and up to now has withstood the test. The “global warming hypothesis” has been developed according to the principles of sound science.

86 Responses to "Evaluating a 1981 temperature projection"