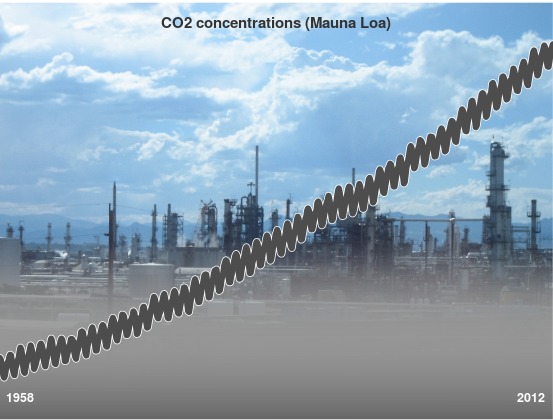 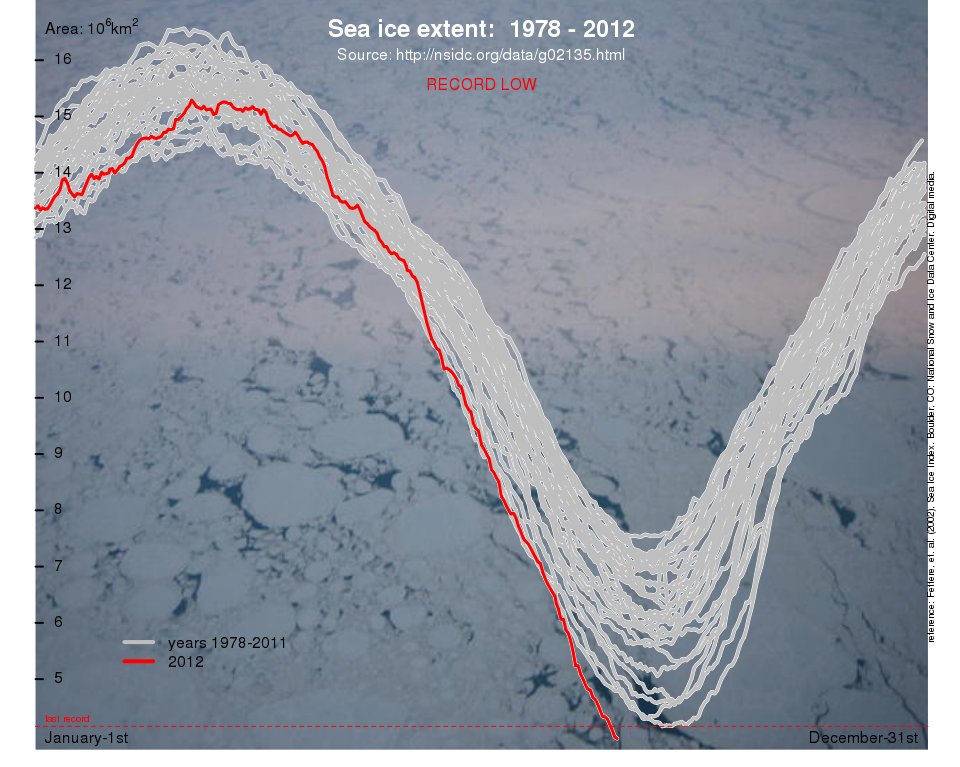 A new paper in Nature this week presents results from an ice core drilled by the British Antarctic Survey (BAS) at James Ross Island on the Antarctic Peninsula. END_OF_DOCUMENT_TOKEN_TO_BE_REPLACED

Any book that manages to link together the lessons of the Bible, Shakespeare, Abraham Lincoln, and Lady Gaga (not to mention Martin Luther King, Winston Churchill, Bob Dylan, and Jerry Seinfeld), can’t be all bad. With Joe Romm’s new book Language Intelligence, it is, in fact, ALL good. There are lessons galore for the scientists among us who value public outreach and communication. The book is a de facto field guide for recognizing and assimilating many of the key tools of persuasive language and speech, something that is ever more important to science communicators who face the daunting challenge of having to communicate technical and nuanced material to an audience largely unfamiliar with the lexicon of science, sometimes agnostic or even unreceptive to its message, and—in the case of contentious areas like climate change and evolution—already subject to a concerted campaign to misinform and confuse them.
END_OF_DOCUMENT_TOKEN_TO_BE_REPLACED

There has been a lot of discussion related to the Hansen et al (2012, PNAS) paper and the accompanying op-ed in the Washington Post last week. But in this post, I’ll try and make the case that most of the discussion has not related to the actual analysis described in the paper, but rather to proxy arguments for what people think is ‘important’.
END_OF_DOCUMENT_TOKEN_TO_BE_REPLACED

By popular demand, a thread devoted to the continuing decline of Arctic sea ice, and a potential new record minimum this year. As before, the figures are hot-linked and will update day-by-day.

Other links: Tamino, the very informative and detailed Neven’s sea ice blog , and some interesting predictions from Gareth Renowden.

I picked a good weekend to be out of cell phone range and unconnected to the internet – and judging from how the rest of the week has gone, I’d have been minded to stay there…

As most readers are probably aware, there was an op-ed in the Saturday New York Times from Richard Muller announcing the Berkeley Earth team’s latest results. It was odd enough that a scientific paper was announced via an op-ed, rather than a press release, odder still that the paper was only being submitted and had not actually been accepted, and most odd of all was the framing – a ‘converted skeptic’ being convinced by his studies that the planet has indeed warmed and that human activity is the cause – which as Mike and Ken Caldiera pointed out has been known for almost 2 decades.

Not wanting to be upstaged, plenty of ‘unconverted skeptics’ – including Anthony Watts and Ross McKitrick decided to stage dramatic press events and release barbs of their own. This was followed by a general piling on of commenters and bloggers trying to spin the events in their preferred direction combined with plenty of cluelessness in the general media about exactly who these people are (no-one special), what earth-shattering discovery had been made (none) and what it all means (not a lot).

The ‘best’ response to this circus is to sit back and see how pretzel-like the logical justifications can become. I particularly like the recent twist to the “No true scotsman” post-hoc rationalisation. Since the ‘converted skeptic’/prodigal scientist meme is a very powerful framing for the media, the obvious riposte for the ‘skeptics’ is to declare that Muller was not a true skeptic. But since these terms have become meaningless in terms of any specific position, this ends up as a semantic argument that convinces no-one but the faithful.

The actual trigger for all this hoopla is the deadline for papers that can be cited in the Second Order Draft of the new IPCC report. They needed to have been submitted to a journal by Tuesday (31 July) to qualify. Of course, they also need to be interesting, relevant and known to the IPCC lead authors. But there seems to be far too much emphasis being put on this deadline. The AR5 report is pretty much 90% written, and the broad outlines have been known for ages. Very few of the papers that have been submitted this week are anything other than minor steps forward and only a small number will be accorded anything other than a brief mention in AR5, and most not even that.

Furthermore, once the SOD is finalised (Aug 10), Tuesday’s deadline becomes moot, and the only thing that matters for the final report is whether papers are accepted by March 2013. (In a spirit of full disclosure, I should mention that I was working on a couple of papers with an eye to making this deadline, but in the end decided it was preferable to take the time to do a good job on the papers than to submit something shoddy).

The only worthwhile substance to any of this is the work that has mostly been done by Robert Rohde on the Berkeley Earth code and database as we’ve noted previously – and once this week’s drama has faded into the distance overshadowed by some new blog-storm, this work will still be a useful advance.

But still the games go on. Senate hearings are one of the longest running games of political theatre going – where the Senators pretend to listen to the panelists and the panelists pretend that this is an efficient way to inform policymakers. This week’s was little different from the ones in the past – some earnest submissions from the mainstream, and a cherry-pickers delight of misinformation from the Republican invitee, John Christy, who even quoted the woefully inept first draft of the Watts paper as if it meant something.

To confuse the metaphor even further, Roger Pielke Sr loudly declared that whatever the results of the Watts paper it will end up being a game changer:

The TOB effect could result in a confirmation of the Watts et al conclusion, or a confirmation (from a skeptical source) that siting quality does not matter. In either case, this is still a game changing study.

If only people would change the games they play…

My inclination is just to sit back and watch the spectacle, admire the logic-defying leaps, marvel at the super-human feats of hubris and, in two weeks time, remark on how little actually changed.

Once more with feeling…