I’ve tried to reproduce the plot below (here is the R-script):

At least, many different global analyses were shown – not just the one which indicates weakest trends since year 2000. The data presented in this case included both surface analyses (GISTEMP, NCDC, and HadCRUT3) in addition to satellite products for the lower troposphere (Microwave Sounding Unit – MSU). The MSU data tend to describe more pronounced peaks associated with the El Nino Southern Oscillation. 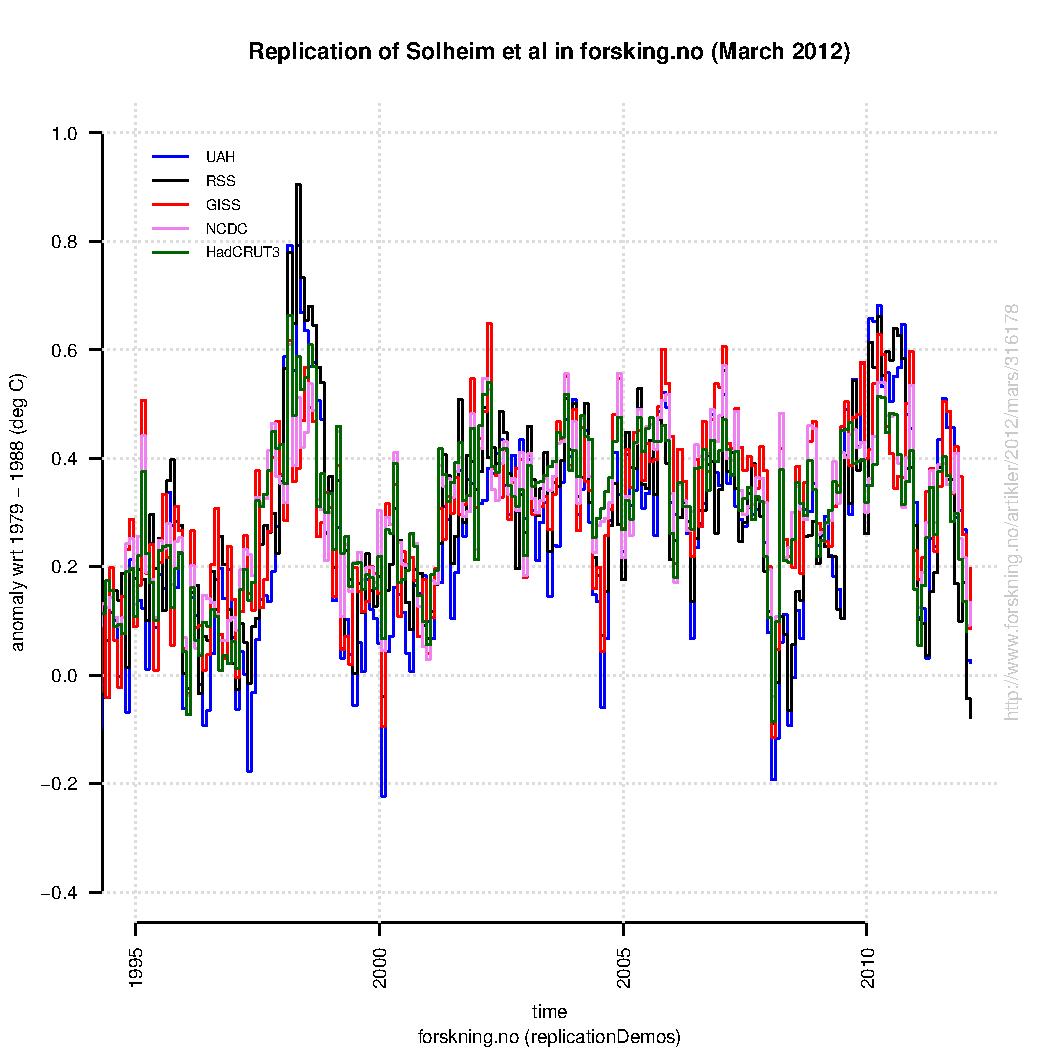 One should note that plotting the same data over the their entire length (e.g. from the starting date of the satellites in 1979) will make global warming trends more visible (see figure below). Hence, the curves must be cropped to give the impression that the global warming has disappeared. 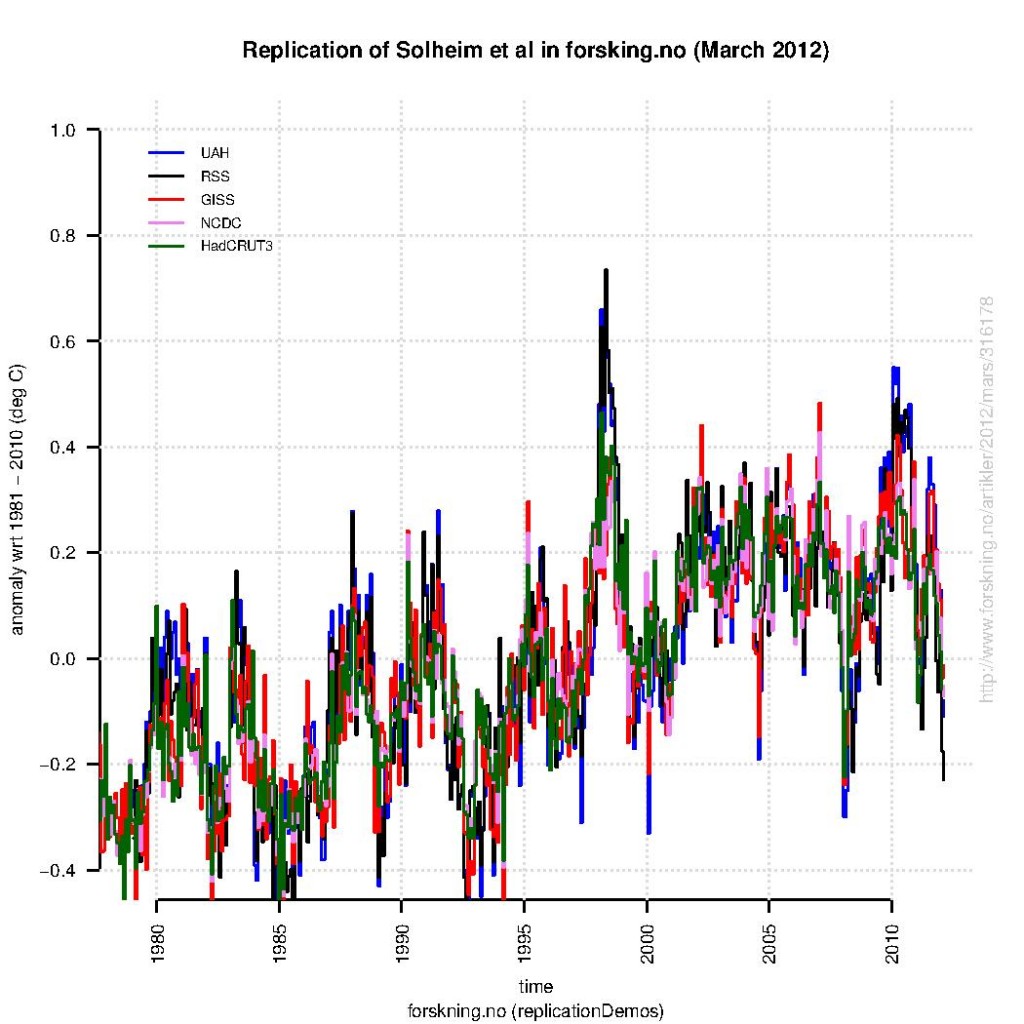 The real trick, however, is to show all the short-term variations. Hourly and daily values would be an over-kill, but showing monthly values works. Climate change involves time scales of many years, and hence if emphasis is given to much shorter time scales, the trends will drown in noisy variations. This can be seen if we show annual mean anomalies (as shown below for exactly the same data), rather than the monthly anomalies (again, done with the same R-script) 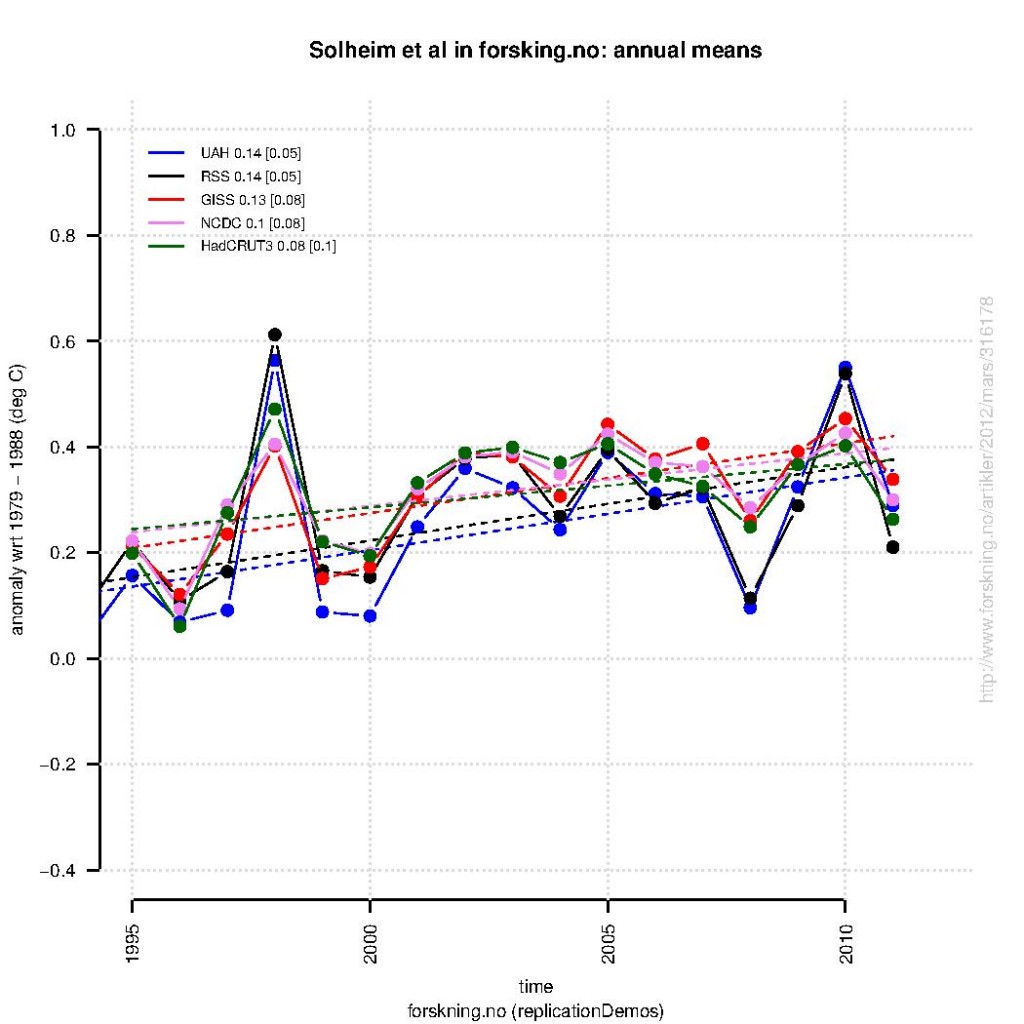 A linear trend fit to the annual mean anomalies the last 17 years suggest similar warming rates as reported by Grant Foster and Stefan Rahmstorf. These trends are derived from exactly the same data as those used in the original figure, that was used to argue that the global warming had stopped – by two professors and a statistician, the very same who performed curve-fitting and removed data not fitting their conclusion.