Once more unto the open thread…

The National Center for Atmospheric Research (NCAR) has, in the last few months, developed an interesting and potentially very useful website The Climate Data Guide devoted to the ins and outs of obtaining and analyzing the various existing climatic data sets. The site describes itself as “…a focal point for expert-user guidance, commentary, and questions on the strengths and limitations of selected observational data sets and their applicability to model evaluations.”

There are already many climate data set websites in existence, and lists of links to same, including at this site. Some of them host the actual data, while others provide various statistical analysis or graphing/visualization tools, all of which are helpful. What makes this new site unique is: (1) expert users contribute pages describing and pointing to various existing data sources within certain topic areas, (2) explanations of various existing data formats, gridding approaches, etc, (3) an online discussion forum dealing with the appropriateness of particular data sets for addressing particular scientific questions, and (4) a news section as well as links to a very wide range of data repositories, among other things. Here for example, is the page summarizing the existing reanalysis data sets. 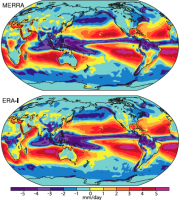 The site, sponsored by the NSF, appears to be a unique and valuable approach to advancing climate data analysis. We encourage everyone to check it out, register as members as appropriate, etc. This would also be a good place to discuss or point to other useful data and analysis oriented sites that are out there.

The launch of the NASA/NOAA NPP satellite seems to have gone off without a hitch this morning which is great news. This satellite has instruments that are vital to continuing data streams that were pioneered on the aging TERRA (1999), AQUA (2002) and AURA (2004), satellites – including the CERES instrument for monitoring the Earth’s radiation budget, a microwave sounder to continue the AMSU data and a visible/IR camera to complement the work of MODIS.

We really need to apologise for the acronym soup though – it is an endemic disease in satellite discussions. Indeed, NPP is a recursive acronym, standing for NPOESS Preparatory Project, where NPOESS stands for the National Polar-Orbiting Operational Environmental Satellite System. 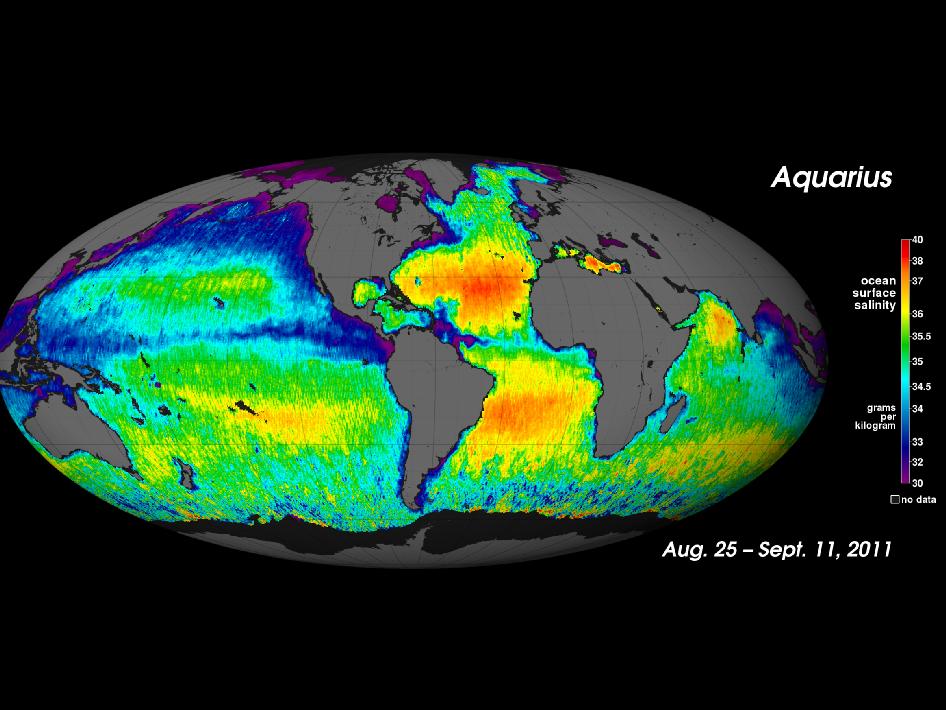 The patterns are not particularly surprising, there is higher salinity in the sub-tropical evaporative regions, lower salinity near the equator (because of the rain!), and particularly low salinity near big river outflows (the Amazon plume stands out clearly). However, as we noted earlier, the main interest is going to be in the variability.

Results from the NPP mission will take a while to come out and be cross-calibrated with the existing records, but given other recent disappointments (GLORY and OCO), this is a huge boost to the effort to monitor the Earth System.

Another application shown in our paper is to the series of July temperatures in Moscow. We conclude that the 2010 Moscow heat record is, with 80% probability, due to the long-term climatic warming trend. END_OF_DOCUMENT_TOKEN_TO_BE_REPLACED

Anybody expecting earthshaking news from Berkeley, now that the Berkeley Earth Surface Temperature group being led by Richard Muller has released its results, had to be content with a barely perceptible quiver. As far as the basic science goes, the results could not have been less surprising if the press release had said “Man Finds Sun Rises At Dawn.” This must have been something of a disappointment for anyone hoping for something else.

END_OF_DOCUMENT_TOKEN_TO_BE_REPLACED

The rest of us here would like to congratulate Gavin on a well-deserved honor. He is the recipient of the inaugural AGU Climate Communication Prize. Since co-founding RealClimate back in 2004, Gavin has emerged as the de facto leader of RealClimate, having written the majority of our posts–and many of our best ones. One of his very first contributions “Michael Crichton’s State of Confusion” remains one of our most highly cited posts. One of his most recent, about what the recent CERN experiments do (and don’t) tell us about cloud processes, is a good example of his characteristic knack for explaining complex scientific issues with clarity and wit. Gavin also takes the lead role in dealing with the comments on RC posts. His almost non-stop, patient, response to the flood of comments that ensued in the week following the CRU email server hack in late 2009 impressed us all.

Gavin’s communication efforts, of course, go well beyond RealClimate. He is frequently quoted in mainstream news venues and often appears on radio and television news programs, to help communicate key aspects of climate science to the public. Here he is in an interview articulating both the science and the history of the science, and putting the recent politicizing of climate science into context. (It’s worth watching this interview to the end, by the way, for some thoughts on what you can do to improve communication of climate science.) He’s also produced a very accessible and beautiful book, Climate Change: Picturing the Science (with photographer Josh Wolfe).

Gavin’s efforts go well beyond the classic ‘public understanding of science’, since what he so successfully promotes is the ‘public understanding of research’. He makes it understandable and tangible how scientists work and think, not just what their results are. Gavin is a champion of easy access to data: see our Realclimate section on data sources. And, of course, a champion of making good use of the available data: see his many articles where he explains how particular questions (such as whether climate models agree with data) should not be speculated about but can be answered by anyone with basic skills simply by using publicly available data archives. Gavin’s work is often about empowering people to draw their own conclusions.

All of this is based on a solid foundation of his own scientific research: Gavin is a top-notch climatologist with an excellent publication record (h-index: 33), and we and our colleagues refer frequently to Gavin’s numerous papers in our own research and teaching. We only sometimes wonder whether his days have 30 hours, or how he finds the time to achieve all this.

Of course we’re a bit biased here at RealClimate, but it is truly hard to imagine a more deserving recipient for this award than Gavin.

Congratulations, once again, to our colleague and friend.

In 2004 Stephen Pacala and Robert Socolow published a paper in Science in which they argued that a pragmatic, but still difficult, way of stabilizing atmospheric CO2 levels over the long term was via the implementation of seven “stabilization wedges” over the next 50 years. The idea was very simple: each wedge represented one in-hand technology or societal practice that could be implemented, relatively slowly at first and increasing linearly with time, to make a small but growing dent in the rise in CO2 emissions, stabilizing them at 2004 levels (about 7 Gigatons C/Year) over the next 50 years (see figure below).
END_OF_DOCUMENT_TOKEN_TO_BE_REPLACED

The curious mismapping of Greenland’s ice sheet cover by the venerable Times Atlas recently has excited a lot of outraged commentary. But few people noted that this follows an old tradition of speculative cartography of the polar regions. ‘Modern’ mapmakers as early as the 16th century combined real facts and scientific knowledge with fundamental misinterpretations of that knowledge to create speculative mappings of the world’s unknown shores – and nowhere was this more prevalent than at the poles.

Early cartographers had a particularly difficult time mapping the Polar Regions. Factually, they based their maps on reports from mariners who dared sail the dangerous waters. This was supplemented by information from earlier maps, speculations based upon their personal theories of geography, religious beliefs, and the fiscal and political ambitions of their patrons.
END_OF_DOCUMENT_TOKEN_TO_BE_REPLACED

The connection between global warming and the changes in ocean heat content has long been a subject of discussion in climate science. This was explicitly discussed in Hansen et al, 1997 where they predicted that over the last few decades of the 20th Century, there should have been a significant increase in ocean heat content (OHC). Note that at the time, there had not been any observational estimate of that change (the first was in 2000 (Levitus et al, 2000)), giving yet another example of a successful climate model prediction. At RC, we have tracked the issue multiple times e.g. 2005, 2008 and 2010. Over the last few months, though, there have been a number of new papers on this connection that provide some interesting perspective on the issue which will certainly continue as the CMIP5 models start to get analysed.
END_OF_DOCUMENT_TOKEN_TO_BE_REPLACED