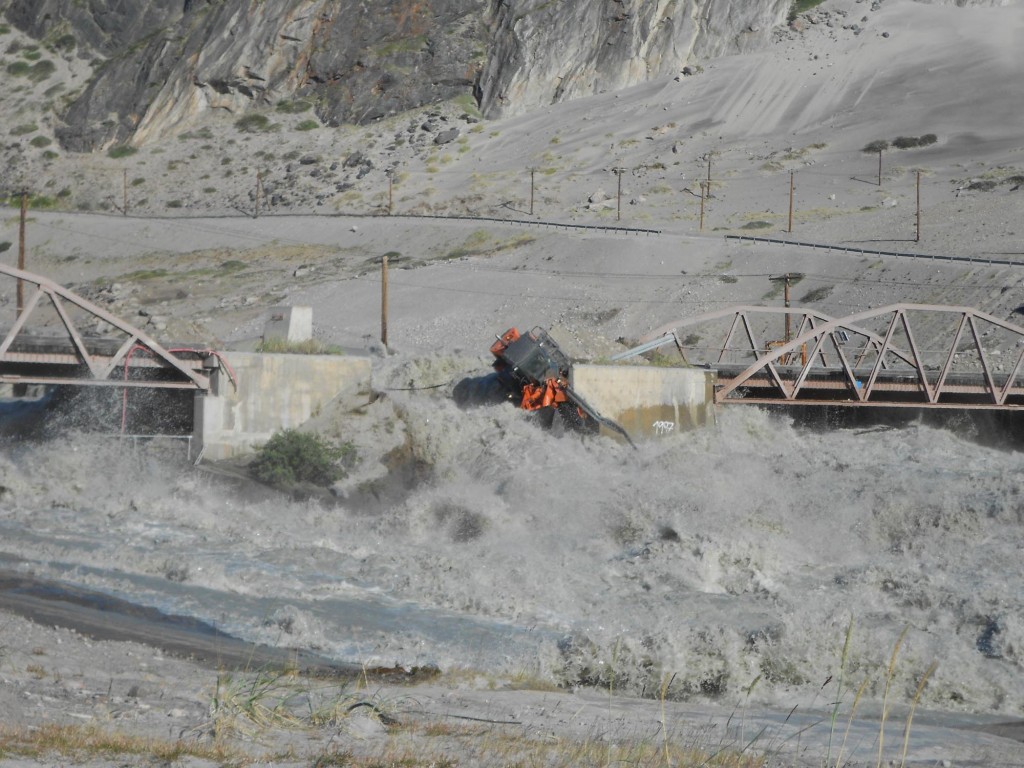 END_OF_DOCUMENT_TOKEN_TO_BE_REPLACED

I recently got an email from newly graduated Math(s) major (mildly edited):

I am someone with a deep-seated desire to help the planet remain as habitable as possible in the face of the trials humanity is putting it through. I’d like to devote my career to this cause, but am young and haven’t chosen a definitive career path yet. My bachelors is in pure math and I am considering graduate study in either applied math or statistics. I’m curious what you would recommend to someone in my position. Between getting, say, a PhD in statistics vs. one in applied math, what positions me best for a career in the climate science community? What are its acute needs, where are the job opportunities, and how competitive is it?

My response was as follows (also slightly edited):

As you may know I too started out as a mathematician, and then moved to more climate related applications only in my post-doc(s).

I can’t possibly give you ‘the’ answer to your question – but I do suggest working from the top down. What do you see specifically as something where someone like you could have maximum impact? Then acquire the skills needed to make that happen. If that seems too hard to do now, spend time on the developing your basic toolkits – Bayesian approaches to statistics, forward modeling, some high level coding languages (R, python, matlab etc.), while reading widely about applications.

One of the things I appreciated most in finding my niche was being exposed to a very large number of topics – which while bewildering at the start, in the end allowed me to see the gaps where I could be most useful. At all times though, I pursued approaches and topics that were somewhat aesthetically pleasing to me, which is to say, I didn’t just take up problems just for the sake of it.

I’ve found that I get more satisifaction from focusing on making some progress related to big problems, rather than finding complete solutions to minor issues, but this probably differs from person to person.

But what do other people think? How should people prepare to work on important problems? Are there any general rules? What advice did people give you when you were starting out? Was it useful, or not? Any advice – from existing researchers, graduate students or interested public – will be welcome. 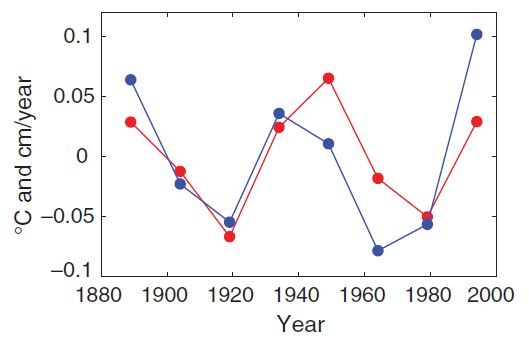 Sea-level projections were probably the most controversial aspect of the 4th IPCC report, published in 2007. As an author of the paleoclimate chapter, I was involved in some of the sea-level discussions during preparation of the report, but I was not part of the writing team for the projections. At the core of the controversy were the IPCC-projections which are based on process models (i.e. models that aim to simulate individual processes like thermal expansion or glacier melt). Many scientists felt that these models were not mature and understated the sea-level rise to be expected in future, and the IPCC report itself documented the fact that the models seriously underestimated past sea-level rise. (See our in-depth discussion published after the 4th IPCC report appeared.) That was confirmed again with the most recent data in Rahmstorf et al. 2012.
END_OF_DOCUMENT_TOKEN_TO_BE_REPLACED

Link to Part I.

Clouds are very pesky for climate scientists. Due to their high spatial and temporal variability, as well as the many processes involved in cloud droplet formation, clouds are difficult to model. Furthermore, clouds have competing effects on solar and terrestrial radiation. Increases in clouds increase reflected sunlight (a cooling effect) but also increase the greenhouse effect (a warming effect). The net effect of clouds at a given location depends the kind of clouds (stratus, cumulus etc.), their distribution in the vertical and on which radiative effect dominates.

Not only is it difficult to correctly represent clouds in climate models, but estimating how clouds and their radiative effects will change with global warming (i.e., the cloud feedback) is very difficult. Other physical feedbacks have more obvious links between temperature and the climate variable. For example, we expect and have strong evidence for the increase in water vapor in a warmer climate due to the increased saturation specific humidity, or the reduced reflection of sunlight due to the melting of snow and ice at higher temperature. However, there isn’t a simple thermodynamic relationship between temperature and cloud amount, and the complexities in the radiative impacts of clouds mean that an increase in clouds in one location may result in net heating, but would correspond to a cooling elsewhere. Thus, most of the uncertainty in the response of climate models to increases in CO2 is due to the uncertainty of the cloud feedback.

So how cool is it then that the recent paper by Fasullo and Trenberth estimates the net climate sensitivity without getting into the details of the cloud feedback then? Quite cool.
END_OF_DOCUMENT_TOKEN_TO_BE_REPLACED

END_OF_DOCUMENT_TOKEN_TO_BE_REPLACED

A new year… so comments reflecting the past year in climate science, or looking forward to the next are particularly apropos.