I often receive letters that range from amusing claims that we are overlooking changes in the magnetic field, to tales about how the “weight” of carbon dioxide keeps it “near the ground”. If the writer sounds serious, then I treat them seriously, and do my best to provide a helpful reply. Often, though, I find myself in a pointless debate of the most basic, well-established physical principles. I generally cut off the discussion at this point, because I simply don’t have the time. This can result in a hostile response accusing me of “having an agenda”. Most would call me naïve for bothering to respond in the first place.

But it is possible, after all, that somewhere in that barrage of letters lies a brilliant idea that ought to be heard, and could change the course of scientific history. How to tell the difference? Well, there is a story that we tell in our family that might provide some perspective on this.

END_OF_DOCUMENT_TOKEN_TO_BE_REPLACED

The International Geological Congress (IGC) is sometimes referred to as the geologists’ equivalent of the Olympic Games and is an extremely large gathering of geologists from all over the world, taking place at 4-year intervals. This time, the IGC took place in Lillestrøm, a small place just outside Oslo, Norway (August 6-14). The congress was opened by the Norwegian King (before he continued to the real games in Beijing), and was attended by some 6,000 scientists from 113 countries. Even the Danish Minister of Energy & Climate participated in a panel discussion on climate change. In other words, this was a serious meeting.

END_OF_DOCUMENT_TOKEN_TO_BE_REPLACED

We are a little late to the party, but it is worth adding a few words now that our favourite amateur contrarian is at it again. As many already know, the Forum on Physics and Society (an un-peer-reviewed newsletter published by the otherwise quite sensible American Physical Society), rather surprisingly published a new paper by Monckton that tries again to show using rigorous arithmetic that IPCC is all wrong and that climate sensitivity is negligible. His latest sally, like his previous attempt, is full of the usual obfuscating sleight of hand, but to save people the time in working it out themselves, here are a few highlights.

END_OF_DOCUMENT_TOKEN_TO_BE_REPLACED 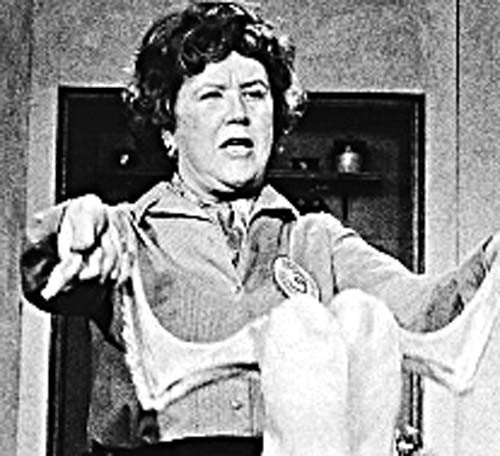 END_OF_DOCUMENT_TOKEN_TO_BE_REPLACED

But is this true? Most likely not. As we will discuss below, this claim is seriously at odds with astrophysical data.
END_OF_DOCUMENT_TOKEN_TO_BE_REPLACED

By John Fleck and William Connolley

To veterans of the Climate Wars, the old 1970s global cooling canard – “How can we believe climate scientists about global warming today when back in the 1970s they told us an ice age was imminent?” – must seem like a never-ending game of Whack-a-mole. One of us (WMC) has devoted years to whacking down the mole (see here, here and here, for example), while the other of us (JF) sees the mole pop up anew in his in box every time he quotes contemporary scientific views regarding climate change in his newspaper stories.

END_OF_DOCUMENT_TOKEN_TO_BE_REPLACED

France has a per capita carbon emission of 1.64 tonnes, compared to 2.67 tonnes for the U.K and 5.61 tonnes for the US. So, if anybody has earned the right to rest on their laurels and pontificate to the rest of the developed world about what they should be doing, you’d think it would be France. Far from it, under the leadership of Nicolas Sarkozy, France has embarked on an ambitious program of deeper carbon reductions. In introducing the measures, Sarkozy said "The guiding principle is that the cost to the climate — the carbon cost — will be integrated into planning of all major public projects, and into all deliberations affecting the public." These measures include: a commitment that all new buildings would be net energy producers by 2020, incandescent lighting would be banned by 2010, buyers of efficient vehicles would be subsidized, drivers of inefficient vehicles would be penalized, and road construction would be severely curtailed in favor of expanded rail travel using state-of-the-art French TGV technology. A carbon tax is also being seriously contemplated. These proposals are the result of an intensive months-long series of discussions with scientists and stakeholders such as environmental nongovernmental organizations, industry representatives, and labor union representatives. The process, known as Le Grenelle de l’Environnement, was described here by Nature (subscription required) and a summary of some of Sarkozy’s proposed actions was reported in the press here.

All the same, there has been some pushback from a vocal pair of highly decorated French academicians, Claude Allègre being the most prominent and noisiest of the two. In recent years, Vincent Courtillot has emerged as a reliable sidekick to Allègre — a Dupont to his Dupond — helping to propagate Allègre’s claims and adding a few of his own. Both are members of the Académie des Sciences, and Allègre has been awarded both the Crafoord Prize and Bowie Medal. Allègre has an impressive list of publications relating to the Earth’s interior, and besides that was Minister for Education, Research and Technology in the Jospin government. Courtillot — currently director of the Institut de Physique du Globe de Paris (IPGP) — has had a distinguished record of research on fundamental aspects of geomagnetism and is currently President of the Geomagnetism and Paleomagnetism Section of the American Geophysical Union. Their views were amply (some would say more than amply) represented at a symposium on the IPCC report, held last Spring at the Academie (See the issue "Evolution des Climats" of La Lettre de l’Académie des sciences, and press reports in Le Figaro, Le Monde, and Liberation). What does all this mean? Are the opinions of Allègre and Courtillot founded on some special profound insight that has escaped the notice of the community of scientists who have devoted entire careers to studying climate? Let’s take a look.