You are here: Home / Archives for Climate Science / Greenhouse gases

Following on from the ‘interesting’ House Science Committee hearing two weeks ago, there was an excellent rebuttal curated by ClimateFeedback of the unsupported and often-times misleading claims from the majority witnesses. In response, Judy Curry has (yet again) declared herself unconvinced by the evidence for a dominant role for human forcing of recent climate changes. And as before she fails to give any quantitative argument to support her contention that human drivers are not the dominant cause of recent trends.

Her reasoning consists of a small number of plausible sounding, but ultimately unconvincing issues that are nonetheless worth diving into. She summarizes her claims in the following comment:

… They use models that are tuned to the period of interest, which should disqualify them from be used in attribution study for the same period (circular reasoning, and all that). The attribution studies fail to account for the large multi-decadal (and longer) oscillations in the ocean, which have been estimated to account for 20% to 40% to 50% to 100% of the recent warming. The models fail to account for solar indirect effects that have been hypothesized to be important. And finally, the CMIP5 climate models used values of aerosol forcing that are now thought to be far too large.

These claims are either wrong or simply don’t have the implications she claims. Let’s go through them one more time.

END_OF_DOCUMENT_TOKEN_TO_BE_REPLACED 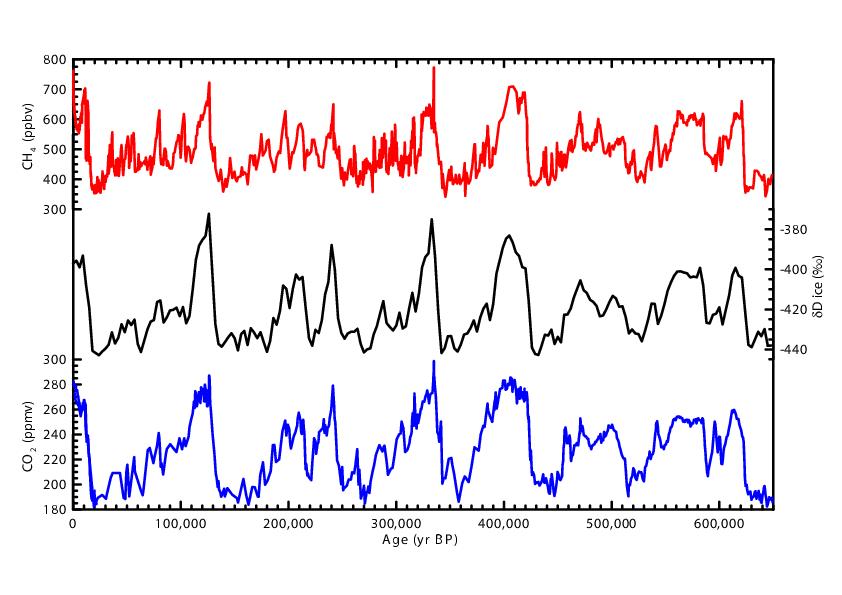 END_OF_DOCUMENT_TOKEN_TO_BE_REPLACED

How should one make graphics that appropriately compare models and observations? There are basically two key points (explored in more depth here) – comparisons should be ‘like with like’, and different sources of uncertainty should be clear, whether uncertainties are related to ‘weather’ and/or structural uncertainty in either the observations or the models. There are unfortunately many graphics going around that fail to do this properly, and some prominent ones are associated with satellite temperatures made by John Christy. This post explains exactly why these graphs are misleading and how more honest presentations of the comparison allow for more informed discussions of why and how these records are changing and differ from models.
END_OF_DOCUMENT_TOKEN_TO_BE_REPLACED

END_OF_DOCUMENT_TOKEN_TO_BE_REPLACED

Some of you will be aware that there is a workshop on Climate Sensitivity this week at Schloss Ringberg in southern Germany. The topics to be covered include how sensitivity is defined (and whether it is even meaningful (Spoiler, yes it is)), what it means, how it can be constrained, what the different flavours signify etc. There is an impressive list of attendees with a very diverse range of views on just about everything, and so I am looking forward to very stimulating discussions.

END_OF_DOCUMENT_TOKEN_TO_BE_REPLACED

This past month, an op-ed by Nadine Unger appeared in the New York Times with the headline “To save the climate, don’t plant trees”.  The author’s main argument is that UN programs to address climate change by planting trees or preserving existing forests are “high risk” and a “bad bet”. [Ed. There is more background on the op-ed here]

However, I don’t think that these conclusions are supported by the science.  The author connects unrelated issues about trees, conflates what we know about trees from different latitudes, and fails to convey the main point: tropical trees keep climate cool locally, help keep rainfall rates high, and have innumerable non-climate benefits including maintaining habitat and supporting biodiversity.