You are here: Home / Archives for Communicating Climate

The goal of “Climate without Borders” (CwB) is to unite TV weather presenters from all over the world and bring scientific knowledge to a broader public. This, in turn, creates climate awareness and creates support for the urgent climate action needed. Although the name suggests a kind of connection with Doctors without Borders, members of Climate without Borders won’t be traveling to island nations about to be submerged, like Tuvalu, or areas sub and physically volunteering in the refugee efforts. Rather, Climate without Borders is a network of TV weathercasters around the world who aim to communicate the science, and impact of climate change, and give warnings to their local viewing populations. This makes the organization unique in the world. TV weathercasters are trusted sources of information, and they know the nuances of their audience’s cultures to make messages more understandable. Exploiting this relationship is an effective way of sharing climate information that people will listen to and comprehend.

END_OF_DOCUMENT_TOKEN_TO_BE_REPLACED 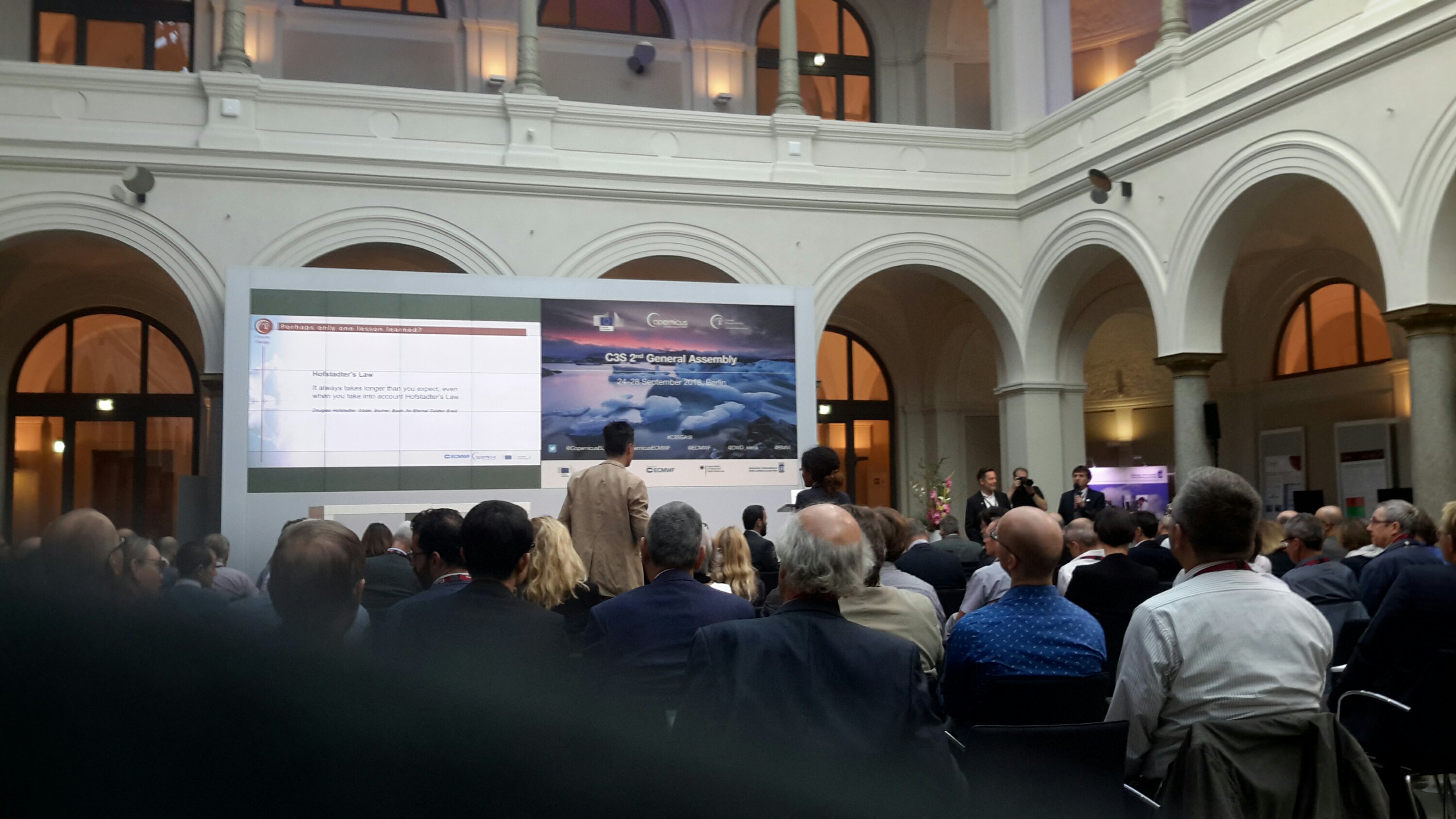 END_OF_DOCUMENT_TOKEN_TO_BE_REPLACED

Readers may recall a post a year ago about a nonsense paper by Hermann Harde that appeared in Global and Planetary Change. We reported too on the crowd-sourced rebuttal led by Peter Köhler that was published last October. Now comes an editorial by three members of the Editorial Board (Martin Grosjean, Joel Guiot and Zicheng Yu) reporting on what the circumstances were that led to the Harde paper appearing.

END_OF_DOCUMENT_TOKEN_TO_BE_REPLACED

A new handbook on science communication came out from IPCC this week. Nominally it’s for climate science related communications, but it has a wider application as well. This arose mainly out of an “Expert meeting on Communication” that IPCC held in 2016.

There was a Guardian article on it as well.

The six principles are pretty straightforward:

Each is supported with references to the relevant literature and with climate-related (“real world”) examples that are themselves confidently communicated with effective visuals.

But what do people think? Is this a useful addition to the literature on communication? Anything you think doesn’t work? or that perhaps surprises you?

PS. I’m perhaps a little biased because they use a Peter Essick photo for their cover art that was also in my book. 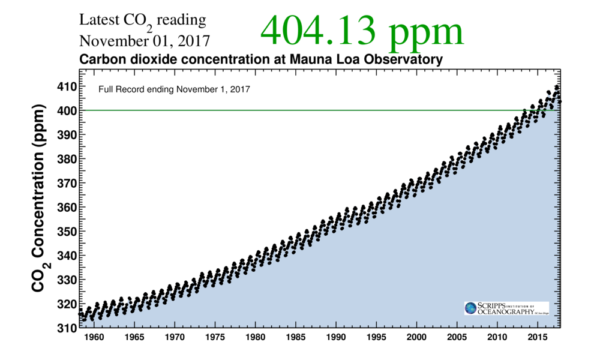 Fig. 1 Perhaps the most important scientific measurement series of the 20th century: the CO2 concentration of the atmosphere, measured on Mauna Loa in Hawaii. Other stations of the global CO2 measurement network show almost exactly the same; the most important regional variation is the greatly subdued seasonal cycle at stations in the southern hemisphere. This seasonal variation is mainly due to the “inhaling and exhaling” of the forests over the year on the land masses of the northern hemisphere. Source (updated daily): Scripps Institution of Oceanography. END_OF_DOCUMENT_TOKEN_TO_BE_REPLACED

It’s that time of year again. #AGU17 is from Dec 11 to Dec 16 in New Orleans (the traditional venue in San Francisco is undergoing renovations).

As in previous years, there will be extensive live streams from “AGU On Demand” (free, but an online registration is required) of interesting sessions and the keynote lectures from prize-winners and awardees.

Some potential highlights will be Dan Rather, Baba Brinkman, and Joanna Morgan. The E-lightning sessions are already filled with posters covering many aspects of AGU science. Clara Deser, Bjorn Stevens, David Neelin, Linda Mearns and Thomas Stocker are giving some the key climate-related named lectures. The Tyndall Lecture by Jim Fleming might also be of interest.

As usual there are plenty of sessions devoted to public affairs and science communication, including one focused on the use of humour in #scicomm (on Friday at 4pm to encourage people to stay to the end I imagine), and a workshop on Tuesday (joint with the ACLU and CSLDF) on legal issues for scientist activists and advocates.

AGU is also a great place to apply for jobs, get free legal advice, mingle, and network.

A couple of us will be there – and we might find time to post on anything interesting we see. If any readers spot us, say hi!

The 2017 annual assembly of the European Meteorological Society (EMS) had a new set-up with a plenary keynote each morning. I though some of these keynotes were very interesting. There was a talk by Florence Rabier from the European Centre for Medium-range Weather Forecasts (ECMWF), who presented the story of ensemble forecasting. Keith Seitter, the executive director of the American Meteorological Society (AMS), talked about the engagement with the society on the Wednesday.

END_OF_DOCUMENT_TOKEN_TO_BE_REPLACED 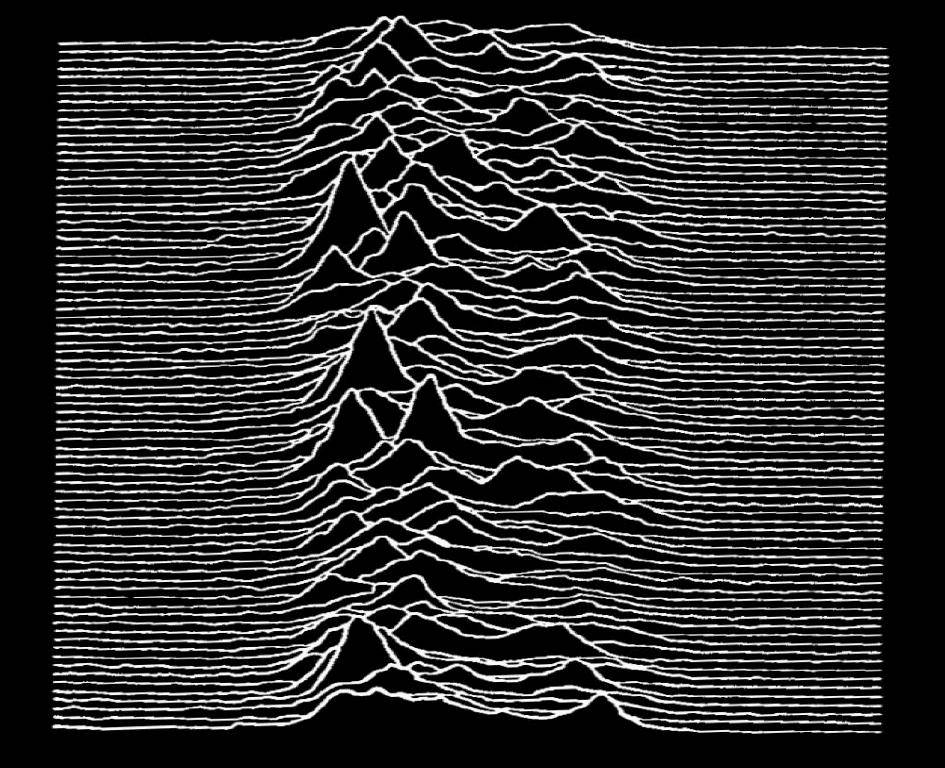 This is joy as in ‘Joy Division’, not as in actual fun.

Many of you will be familiar with the iconic cover of Joy Division’s Unknown Pleasures album, but maybe fewer will know that it’s a plot of signals from a pulsar (check out this Scientific American article on the history). The length of the line is matched to the frequency of the pulsing so that successive pulses are plotted almost on top of each other. For many years this kind of plot did not have a well-known designation until, in fact, April this year:

I hereby propose that we call these "joy plots" #rstats https://t.co/uuLGpQLAwY